This lawsuit was filed in 2012[1] by Judicial Watch. It is not clear if anything resulted from it. I assume they are still awaiting documents to be released. The whole trip was a blatant travesty – Michelle Obama, family and friends jetsetted across the globe, acting like royalty and living it up on our dime. Then she claims that the Obama’s paid for it out of their own pocket, but refused to release the documentation proving that. I suspect that was a lie that they just figured would get lost in a myriad of other scandals and crap floating around. But, if I know the guys at Judicial Watch[2], they haven’t given up on this issue and will dog it till they get answers. 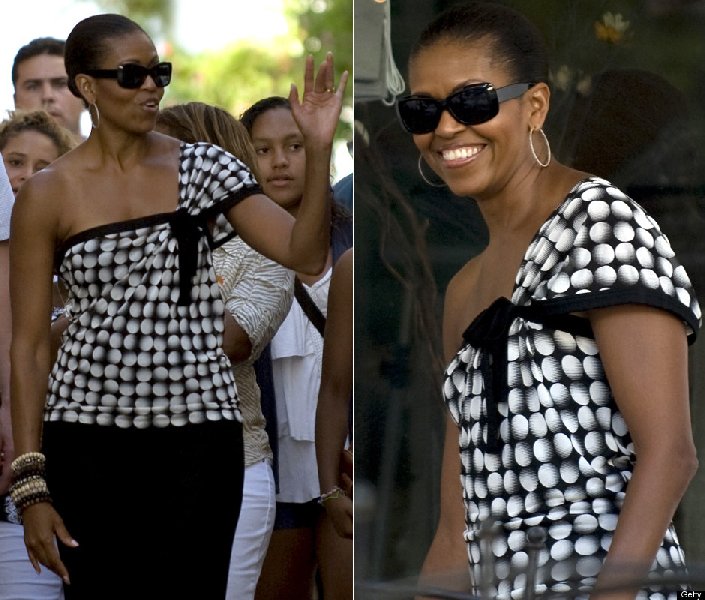 Judicial Watch has filed a lawsuit against the Air Force for records detailing the cost of Michelle Obamas lavish 2010 trip to Spain.

According to Right Side News[3], the conservative group has been trying to obtain the records for quite some time, but the Obama administration has been stonewalling them. Judicial Watch had previously sued to obtain records of Michelle’s 2011 trip to Africa, but that one was at least somewhat business-related.

The same cannot be said for her trip to Spain. This trip was purely personal, and was taken on the dime of American taxpayers.

The Obamas have done their best to shroud this vacation in mystery. All we know is that in August of 2010, Michelle and one of her daughters jetted off on a “whirlwind tour of Spain,” where they travelled through coastal towns and had lunch with the king and queen. Accompanying Michelle and her daughter were “two friends and four of their daughters, as well as a couple of aides and a couple of advance staff members.”

The White House claims the Obamas “paid their own way” on the trip, but if this were the case, why wouldn’t they release the records? At the very least, taxpayers paid for Michelle’s security, and that would have been quite costly.

It remains to be seen whether this lawsuit will impact the Obamas in any way.

I remember this fiasco well. While millions of Americans are jobless, doing without and really hurting in what amounts to a depression, the Obama’s act as if all of their extravagant lifestyle with dinners, vacations, golfing and parties is owed to them somehow. As if the riffraff should gladly do without, so their esteemed Lords and Ladies can boogie down with Beyonce and Jay Z, or maybe Lady Gaga. It’s a modern day Marie Antoinette skit being played out for the world to see. I might remind our leaders, it did not end well for Marie. Facts are pesky things… and tend to come out even if it takes a while. Party hardy dudes, because when your bill comes, it’s gonna be a whopper.