Last week was a heart pounding week[1] for the oil markets. This week looks like it could be even worse. The Persian Gulf oil exporters, whose Sunday market open can be best described as a continuation of last week’s romp, are being walloped again. Saudi Arabia, until recently the region’s best performing market, is now down 10% for the year and down 30% compared to twelve months ago. The Wall Street Journal opened today with an alarming statement, “stock markets in the petrodollar-dependent Persian Gulf tumbled Sunday to multi-month lows, spooked by sharply lower oil prices and a global equities selloff on growing concerns about China’s economy.” It’s going to be a rough week in the markets. Dubai and Saudi Arabia’s stock markets just plummeted 7% as oil prices continue their free fall. 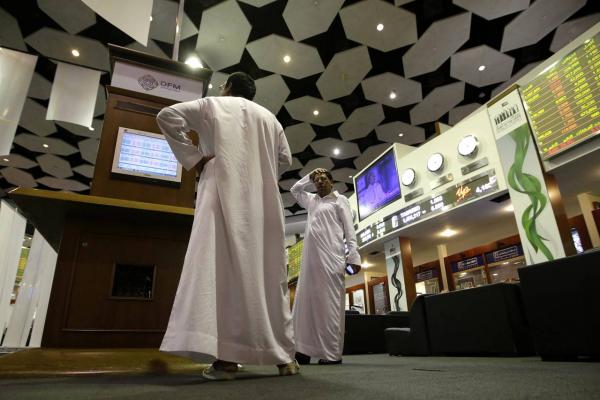 DUBAI, United Arab Emirates (AP) — Stock markets in Saudi Arabia and Dubai closed around 7 percent lower on Sunday on the back of a further slide in oil prices.

Sunday was the first day of trading in the Middle East after Brent crude, a benchmark for international oil, fell more than a dollar to close Friday at $45.46 while the price of U.S. crude closed at $40.45.

Oil futures have been falling for eight consecutive weeks because of ample supplies of crude and a slowing global economy. Prices have fallen almost 60 percent since this time last year.

Sherif Aziz, an analyst at Mubasher Trade, said there are also growing concerns about a slowdown in China, which announced a devaluation of its currency, the yuan. Concerns about slowing growth in the world’s second-largest economy shook markets around the world and drove the U.S. stock market to its biggest drop in nearly four years on Friday.

The tumble in the Saudi stock also comes after the Fitch ratings agency revised its outlook for the country from “stable” to “negative” in its foreign and local currency issuer default rating. It cited concerns over the impact of lower oil prices and increased spending on the government deficit, which is expected to widen in 2015. Saudi Arabia’s revenues are almost entirely dependent on the sale of oil.

Look to the US markets tomorrow. Right now… futures are down a whopping 450 points. Not pretty. The kingdom’s all-important petrochemicals industry lost 7.94%, while the real-estate sector tumbled 9.50%. The Abu Dhabi Securities Exchange plunged 5%, while the Qatar Exchange, the second largest in the Gulf, lost almost 5.3%. The Kuwait Stock Exchange shed 2.36%, while Muscat Securities Market and Bahrain lost 2.94% and 0.37%, respectively. Moods were further dampened by a report from Fitch which cut the agency’s outlook on Saudi Arabia from “stable” to “negative.” The move reflects concerns about the future of the country’s finances, which are heavily dependent on revenues from exporting oil. This all happens as the price of oil hovers just over $40 a barrel. If the price goes below that, it will be market chaos worldwide. World stock markets were also hammered with heavy losses on Friday, as China’s economic woes triggered European and Wall Street equity sell-offs and stirred up fears for global growth. Last week, the Dow Jones in the US fell 6%, while the UK’s FTSE 100 posted its biggest weekly loss this year of 5%. Giddy up – in a world tied together and wrapped up in mutually assured economic destruction, things are beginning to get real in a very, very bad way.