Today the American unemployment rate remains unchanged at 8.2 percent.:  The economy is still five million jobs shy of the breakeven point as 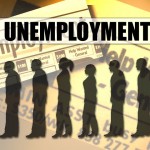 [1]America continues to drown in a sea of growing government red ink while struggling to tread water under the overburden of oppressive big government regulations.

Since the start of the seemingly never ending “great recession”, the nation has lost 8.8 million jobs.:  It has regained only 3.8 million, less than 44 percent. : According to the most recent Labor Department report, employers added only 80,000 jobs in June.:  The economy averaged 75,000 jobs a month in the second quarter, one-third of the pace in the first quarter. : This makes the third straight month of weak hiring, clearly showing that the economy is still struggling under the weight of the current administration’s failed economic policies.

Thanks to the brilliance of barrack hussein obama’s economic plan, over the course of the past two years, America’s alleged recovery has gone 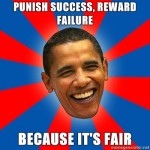 [2]from adding an average of 161,000 per month to 150,000 per month, to 75,000 per month.:  If a recovery was actually taking place, those numbers would be going up instead of down, right?:  Instead a sinkhole is swallowing up hope for millions of Americans of finding a job.

Was there not a pledge made in 2009 by the self-imagined, self-appointed intellectual elites working in the White House that if American taxpayers funded the $878 billion “stimulus” package, unemployment would not go above 8 percent?:  Was there not a promise that the “stimulus” would have unemployment down to 5.5 percent by now?:  As it turns out the “stimulus” wasted taxpayer dollars, rewarded the current White House occupant’s “progressive” political cronies within the inefficient, unproductive, largely imaginary “green energy industry”, and made little to no dent in the jobless rate.:  Claims of 4.4 million new jobs created must be met with severe skepticism, as should the equally dubious “jobs created or saved by the stimulus” claim. The unemployment numbers have never reflected that.

There are far too many people who know the real story because they are living it.:  Claims made to the contrary by the obama re-election campaign do not matter because they do not match the reality people are living.:  Regardless of what is loaded on the teleprompter, reality cannot and will not be explained away.:  People living in the real world are not buying the administration’s theoretical cash for clunkers economics 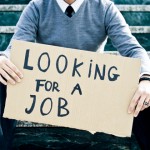 [3]approach.:  Taking money from successful businesses, skimming off the cost of doing business in Washington DC, then sending the remainder back to your favorite campaign bundlers who are running phony business fronts is not an economic recovery plan.:  That is known as money laundering, Chicago style.

How long is it going to be before the current White House occupant and/or his surrogates start popping up like Whack-a-Moles on the Sunday morning political talk shows blaming all of this on George W. Bush?

Did someone say this Sunday?