The Labor Department reported that the U.S. economy added 69,000 jobs 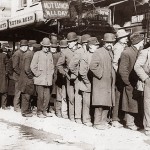 [1]last month, the lowest number since May of last year. Concurrently, the unemployment rate increased for the first time in eleven months. The “official” jobless rate rose to 8.2%. Additionally, it reported that in the past two months 49,000 fewer jobs were created than originally stated. The Bureau of Labor Statistics also revealed that in America, 766,000 fewer women are employed today than in January 2009, when the current administration first took office.

As a result, the U.S. Stock Market dropped. GOP presidential candidate Mitt Romney called the news “devastating” and the White House blamed George W. Bush, claiming they “are still fighting back from the worst economic crisis since the Great Depression”. The White House keeps insisting that their economic policies are helping America dig out of “the deep hole caused by the recession”.

Three years and five months into his term, barack obama still has no answers as to how to get America’s economy growing at anything faster than a snail’s pace. That’s bad for America. It could also devastate his re-election chances. That prospect is good for America.

Since he took office all obama has done is sign extreme, far left fringe, anti- 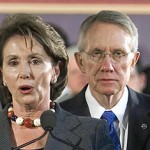 [2]business, anti-energy, anti-growth “progressive” legislation into law. Bills passed by the ilk of Nancy Pelosi, Harry Reid, Barney Frank and Chris Dodd or farmed out to the likes of the George Soros funded Tides Foundation. His only personal efforts were appointment of the Simpson Boles Commission, whose suggestions he summarily dismissed, and his budgets, which for the past two years have yet to receive a single vote in the U.S. Senate, which is controlled by his own Party.

The ‘stimulus”, misrepresented as financing for “shovel ready projects”, was, among other wasteful ventures, redistribution of taxpayer’s money to his political cronies involved in mismanaged “green energy” companies. Or to States deep in debt due to over zealous, business killing regulations and historically discredited tax and spend policies. Those States were in desperate need of revenue to pay the bloated cost of pensions and benefits owed to their unionized government employed political campaign financiers and foot soldiers.

obama overstepped his Constitutionally limited power as Chief Executive by interfering in bankruptcy proceeding for GM and Chrysler. The Harvard Law School graduate “determined” that hundreds of years of bankruptcy court precedent would not sufficiently suit his political needs and thereby dictated that the financial interests of secured bondholders would be seized and transferred to his union supporters in the UAW.

his foreign policy has been an utter disaster. Yes, he was convinced by Secretary of Defense Leon Panetta that it would be OK to “get” Osama bin Laden. Something for which obama has been most eager to accept sole credit. 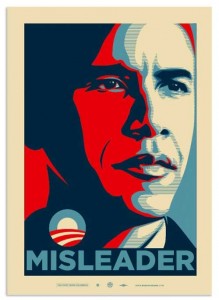 [3]But that opportunity was set up by a number of people working within the U.S. intelligence community for close to a decade…not to mention the coordinated effort of U.S. Special Forces and other branches of the military involved in carrying out the operation. Since then, his White House has somehow managed to leak enough information about the top-secret operation to get a friendly Pakistani intelligence operative imprisoned for a few decades. That will certainly provide a most powerful recruiting inducement to potential operatives going “forward”, won’t it? Philosophically driven by a strong desire to shift America’s image in the world away from that created by his predecessor, obama enacted a new doctrine. One that focuses on systematically killing via predator drone rather than capturing the enemy and obtaining useful national security information by submitting them to enhanced interrogation techniques. Better to deprive people of life than to submit them to physical discomfort. Only “progressives” would consider that a move to the moral high ground.

If that’s not enough, his “most significant achievement”, obamacare, is about to be ruled unconstitutional by the U.S. Supreme Court.

The list could go on and on and on…and on, but is it really necessary to list all the committed atrocities about which obama’s opponents are already aware? That his supporters will vehemently deny?

At this point it would be very profitable to play poker with those still donating to obama’s re-election campaign. They seem quite unaware of a mistake that accomplished gamblers vigorously and conscientiously avoid: “Throwing good money after bad.”