Gee, I’m not surprised in the least by this.[1] Of course Obama would use TPP to push through his climate change treaty. Obama is nothing if not predictable. Finally, someone actually read that monstrosity of a trade pact and what they found was way worse than anyone thought. Chapter 20 in the TPP “requires compliance with previous multilateral environmental agreements that have been negotiated.” That means a carbon tax on all of us and we will be answering to a global taxation authority and the UN. Nifty, huh? 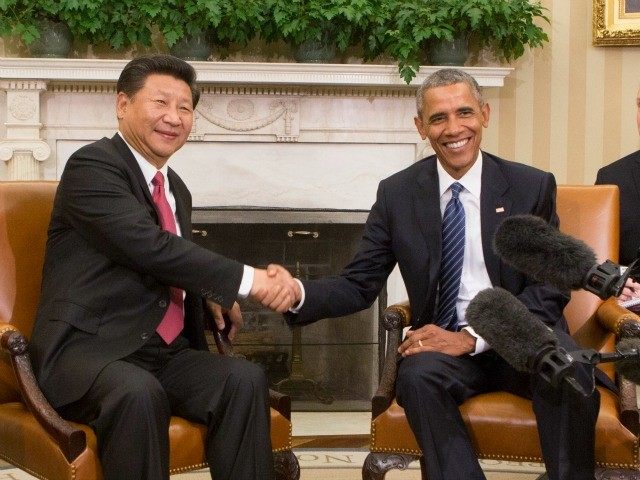 Howard Richman, Raymond Richman and Jesse Richman – authors of Balanced Trade: Ending the Unbearable Costs of America’s Trade Deficits and Trading Away Our Future – reviewed the 5,544 pages of the TPP trade pact between the United States and 11 other countries. They found that Chapter 20 in the TPP “requires compliance with previous multilateral environmental agreements that have been negotiated.”

The climate treaty that Obama wishes to finalize in Paris “will likely be incorporated into the TPP when the Commission first meets after the TPP passes,” the Richmans argue[3].

The Richmans build their claim on Article 20.4 of the TPP:

“When President Obama finished negotiating the Iran Nuclear Deal, he went first to the UN Security Council, not to Congress, to get the deal approved,” noted the Richmans. “More or less the same thing could happen with the multilateral environmental agreement that Obama negotiates in Paris. It will be incorporated into the TPP, whether Congress agrees with its terms or not.”

Also, chapter 27 of the TPP creates “Arbitration Tribunals.” These tribunals, according to the Richmans, “can impose multi-billion dollar fines upon the U.S. government if the U.S. violates anything that is in the pact.”

“In other words, the tribunals can force whatever Obama negotiates in Paris upon the American people, and Congress will have very little say,” argues the Richmans.

According to a White House press release[4], Obama plans to commit the United States to reducing carbon emissions by 26 to 28 percent from 2005 levels.

However, China – which has a higher carbon-emissions level – is allowed to continue growing its carbon emissions until 2030.

Obama argues that a climate deal will send a powerful message to the Islamic State[5]terrorist group.

There is simply no way this is constitutional or legally binding. I pray a conservative president is elected that will undo all of this evil crap. Obama will indeed bypass Congress and go to the UN over this. He’s pretty much said so. If we violate the pact, we can be fined for billions of dollars. If that is the case, I would tell the next president to tell them to stuff it. The agreement wasn’t legally binding and we won’t be held to it. Trump would shred this and so would Cruz. This has nothing to do with terrorism. It’s a scam to line the pockets of powerful Marxists and control people. This is yet another tyrannical move by Obama and it won’t be his last unfortunately.