The US is fast on its way to becoming Venezuela[1]. Sure, we can still get pretty much what we need in lots of places. But prices are skyrocketing and have you noticed that things run out on the shelves more often now? Stores don’t keep inventory any more – they subscribe to ‘just in time’ inventory. So, if a truck, train or shipment is delayed, the shelves go bare. Thanks to our Marxist government who loves emergencies so much… think about how very close we are at any given time to not being able to get what we need these days. Then think of Venezuela. 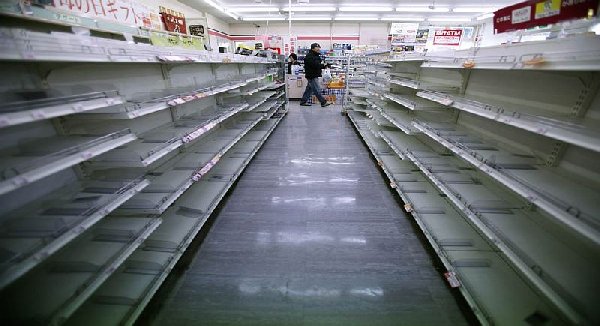 We live in a land of plenty. In America we can buy almost anything anytime we want. Our system of free market capitalism has given us almost unlimited choices at the most reasonable prices anywhere.

But, this is far different than how people live in Marxist, socialist countries. Herman Cain[2] reveals a most interesting video:

When Venezuelan dictator Hugo Chavez first came to power, he liked to claim that he wasn’t a Marxist. He preferred to refer to his takeover as a “Bolivarian revolution.”

However, over the course of his reign, his tune changed and his real intention quickly became clear. Almost immediately, he announced that “We’re moving toward a socialist republic of Venezuela” and started telling anyone who’d listen that, if Bolivar were alive today, he’d be a committed socialist.

Eventually, he was happy to call himself a communist, and in the later days of his reign he was openly singing the praises of Marx, Engels, and Lenin.

o how has Chavez’s Communist “utopia” worked out for the average person living in Venezuela? As Herman Cain[2] reports, a BBC reporter decided to find out.

Now, despite the horrors he wrought[3], Venezuela is trying to move forward as the “people’s utopia” he envisioned. Since the stellar global success rate of Marxian Socialism is indisputable, everything there is humming along wonderfully.

In fact, it’s been so successful that BBC reporter Daniel Pardo decided to engage in a little experiment[4].

He took a camera crew and filmed himself as he attempted to pluck 8 common household items from the bounty that the glorious state has provided. Those items are:

If this wasn’t so tragic, it would be almost funny. But, this is the reality of government control of an economy – no variety of products and vast shortages of even the staples.

If this video doesn’t convince people how silly Marxism is when put into practice, nothing will.

Freedom = prosperity and opportunity. Marxism = poverty and want. It always has been this way and it will always be this way; no matter what your average “community organizer” tells you!

This guy took all day to get three out of the eight items on his list. He stood in massive lines for hours sometimes to find out that there was nothing to be had. He criss-crossed all over town to find just three basic things. The government there has regulated stores and food suppliers out of existence and the people will starve to death – ‘equally.’ That’s the crux of Marxism/Socialism/Communism… the elites at the top never want for anything. Everyone else is equally in want. That is the change and vision of Barack Obama coming our way.