“We Are Heading Into Anarchy” – EU Could Collapse In 10 Days, Because Of Refugee Crisis….

Europe is on the verge[1] of going off the cliff. The influx of refugees has further bankrupted these countries. Their legal and police constructs are failing as well. Soon it will be everyone for themselves and Norway is preemptively ringing the warning bell saying that the EU could collapse in a mere 10 days. If that happens, Norway will turn everyone away and lock her borders. She will prepare for war and her people will hunker down. I have long warned about this with the Hijrah migration and we are here. Just what do you think will happen if this goes south? For starters, the banks will fail and that will domino taking ours with it. Then the real apocalyptic fun begins. 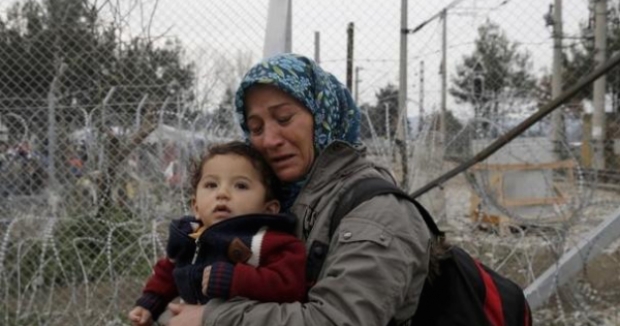 Norwegian PM Erna Solberg doesn’t want to have to skirt her country’s responsibilities under the Geneva Convention and she doesn’t want to trample over human rights either, but she will if she has to.

“It is a force majeure proposals which we will have in the event that it all breaks down,” Solberg said, in an interview with Berlingske[3], describing new measures she believes Norway may have to take if Sweden buckles under the weight of the refugee influx which saw some 163,000 asylum seekers inundate the country last year.

Solberg is effectively prepared[4] to turn everyone away and go into lockdown mode should everything fall apart completely, causing Europe to descend into some kind of lawless, Hobbesian, free-for-all.

A humanitarian crisis in the Balkans and Greece is now unavoidable. Thousands are stranded in the Balkans. These invaders have overwhelmed everyone and the rape, theft, murder and other crimes they bring with them is choking Europe to death. The Schengen Agreement is now basically null and void. “Seven European states have already reinstated border controls within the cherished but creaking Schengen free-travel zone, putting huge strain on Greece, which can no longer wave the tide of arrivals from Turkey onward through the Balkans,” Reuters writes. Earlier today, Athens recalled its Austrian ambassador. “Greece will not accept unilateral actions. Greece can also carry out unilateral actions,” migration minister, Yannis Mouzalas told reporters on Thursday. “Greece will not accept becoming Europe’s Lebanon, a warehouse of souls, even if this were to be done with major [EU] funding.” Turkey is now in the process of blackmailing Europe… threatening to open the migrant floodgates into Greece and the Bulgaria at any moment. With warmer weather coming, so are more immigrants. Perhaps Jean Asselborn, Luxembourg’s foreign minister put it best: “The outlook is gloomy … We have no policy any more. We are heading into anarchy.” And the US won’t be far behind at this rate.