This is classic Cloward and Piven in play.[1] Force everyone onto the government dole and keep them there. Eventually the system gets overwhelmed and collapses. Why? Because you can’t keep paying people for producing nothing. The system runs out of money. This is all by design and planned. Obama wants to force low income people onto welfare – now it pays more to be on welfare than to do retail, work in a factory or at a fast food place. Yes, there are various restrictions in different states, but many people have figured out how to game the system. Others will look at what welfare pays and say, why the heck am I still working? That’s how socialism works. Some states are now restricting the number of weeks a year you can just sit on welfare. Others are requiring that you prove you are looking for work and that you donate time to causes. It sounds heartless, especially in the atmosphere of no jobs that Obama has created, but people have to be incentivized to be productive – or we will as a nation collapse. 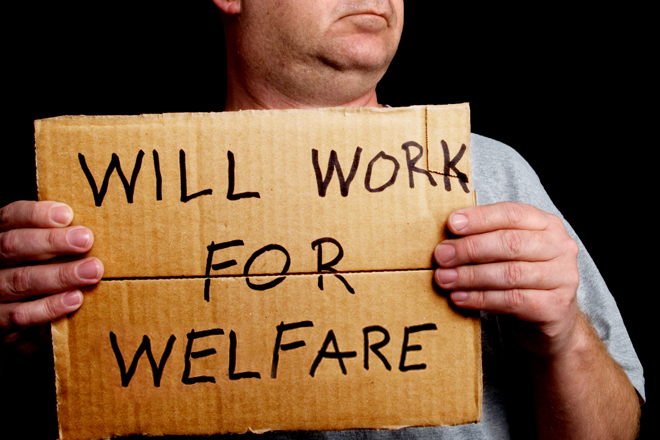 How many people have been diverted from the workforce thanks to our welfare system?

There are obvious problems with giving people “free” money. We could list the fact that the money is taken from the people who earned it, or that the debt pyramid that funds the “free” money is unsustainable and will end in crisis. We could point out that people drop out of the labor market because the free money makes it possible, thus lowering productivity at the same time that we are increasing obligations. That is a looming economic disaster for the country.

But in my opinion the greatest evil of the system is how it degrades human beings and encourages them to decay into perpetual adult children. We capture animals and put them in zoos because they are not persons. But people don’t belong in zoos. They aren’t supposed to be taken from their natural habitat and placed in an artificial one where they are kept and fed. Human beings, in their natural habitat, are designed to produce and thrive, not live by the work of others. Being enticed into a system of welfare warps people. It twists them away from their purpose as men and women who are supposed to take care of themselves and their offspring.

By the way, I know that some people are rendered unable to produce enough for their own needs by some accident of birth or other tragedy that befalls them. But that group of people has not suddenly expanded into the millions getting welfare today. Furthermore, people don’t discover their true potential without trying to reach it. That requires an incentive. Knowing that you have a “right” to welfare kills that incentive. The best way to balance the needs of those who cannot take care of themselves against the risk of teaching people to not take care of themselves is to handle welfare through the private sector and volunteer donations and service.

The extent of the problem was recently emphasized to me when I read this piece[3] at the DC Clothesline blog: “The Statistics Do Not Lie! Welfare Is the Best Paying Entry Level Job In 35 States!”

Take a look at the following economic chart created by the Cato Institute. There are , in America, 35 states who pay welfare recipients better than retail clerks, factory workers and fast food employees. This is a world turned upside down and only the twisted communist-based economic policies[4] of this present administration would think that this is acceptable. And before you welfare recipients fire up your computer to write to me and tell me how evil I am for printing this, I would remind you that what the government can give you, the government can take away from you.

My wife started out her professional career working at McDonald’s serving hamburgers at the age of 16. Twenty years later and after several promotions, she was in charge of all of the corporate owned McDonalds in Arizona. On a national level, she ran the food concessions for the NBA All-Star weekend as well as the NFL Superbowl held in Phoenix. Under the present economic climate and policies, what would have been her motivation to work her way to the top before retiring? Today, our country has robbed its citizens of its most precious resource, hope!

So we have millions of people being herded into a life of dependency and non- or minimal productivity. What happens when the crisis hits as a result of this unsustainable system? The people are going to be faced with a sudden absence of everything they have used to survive. I fear many will not be able to do anything but riot.

38 states now pay better on welfare than if you go get an entry-level job. That’s staggering and horrifying. What happens when those checks just stop one day when the money runs out? And you know it will. There will be riots and chaos in the streets. People get mean and ugly when they get hungry. Welfare was intended as a safety net – a stop gap when catastrophe hits you economically. Not as a permanent vacation fund. These people get used to living in poverty and getting hand outs to just get by. It becomes a way of life. It creates crime and slums and a whole host of evil side effects. This is the ‘change’ Obama has pushed on America and it is toxic. He has turned America into a nation of takers instead of creators. It’s Marxism and it is the decline of America in motion. 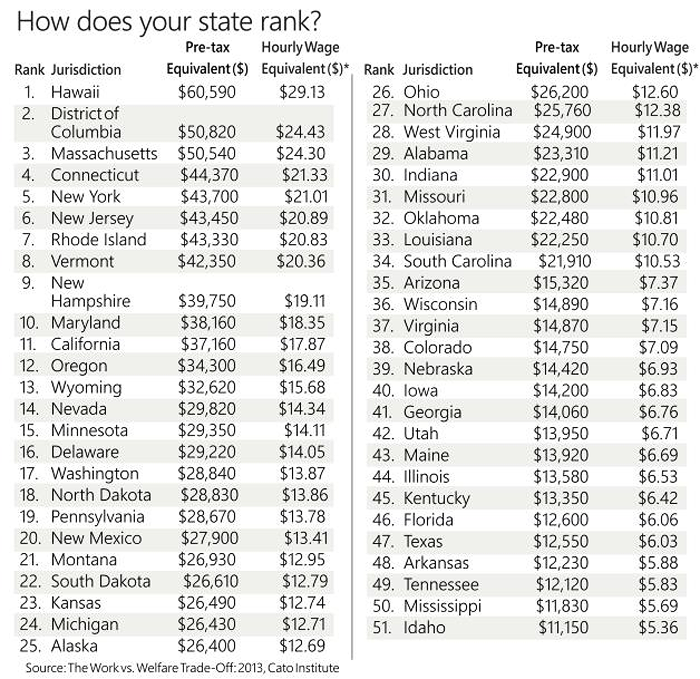