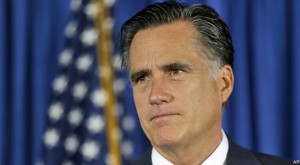 [1]ched a series of seemingly coordinated attacks on GOP presidential candidate Mitt Romney.:  The White House and the press uncannily echoed each other while criticizing Romney for speaking in opposition to the Cairo Embassy’s apology to Islamists for “efforts by misguided individuals to hurt the religious feelings of Muslims” on the eleventh anniversary of the 9/11 terrorist attacks on the United States.

Obama attacked Romney for having “a tendency to shoot first and aim later”.:  After firing that salvo, Obama was off to yet another fund raising event in Las Vegas, where he furthered the assault by saying “It appears that Gov. Romney didn’t have his facts right”.:  Meanwhile, Obama’s campaign assailed Romney for using the “tragic death of one of our diplomatic officers in Libya” to “launch a political attack”.

It seems that for mysterious, unexplained reasons it has somehow slipped the minds of Obama and the Obama campaign that he politicized foreign policy back in 2008 by attacking George W. Bush and then GOP presidential candidate John McCain for troop deaths in Iraq and their support of the Iraq War.

Not only have the media and the White House been singing from the same sheet music, a discussion caught on an open microphone and recorded immediately before Romney’s Wednesday morning press conference clearly revealed the press corps coordinating hostile questioning aimed at discrediting Romney and knocking him off stride.

While the White House and the “progressive” Party Pravda were busy diverting the public’s attention towards Mitt Romney and away from the sagging economy, new claims for jobless benefits rose again, while a spike in wholesale gasoline costs drove consumer prices higher.

Economists had predicted claims for unemployment benefits would rise to 370,000.:  However according to the Labor Department, initial claims rose to a seasonally adjusted 382,000.:  That is the highest in two months. : Consistent with a pattern seen since Obama took office, figures from the prior week were again revised upwards, showing 2,000 more applications than originally reported. 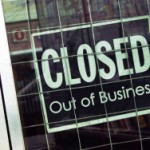 [2]For the first time since the Great Depression, the officially reported unemployment rate has been stuck above 8 percent for over three years.

The producer price index, as measured by the Labor Department, jumped 1.7 percent in August. : That increase was the biggest gain in three years.:  : Gas prices soared by 13.6 percent.:  Steep increases in eggs and dairy costs drove food prices up 0.9 percent.

This highlights the extent of the damage inflicted upon America’s middle class by Obama’s failed economic policies.