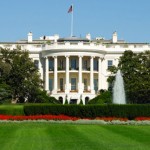 Given America’s growing national debt, now in excess of $15 trillion:

A per capita government debt that’s worse than Greece’s:

Petroleum prices trending higher, adding pain at the pump for consumers while decreasing money available to them for spending on vital necessities like food and shelter:

A statement like: “America’s in need of economic solutions” is certainly far from a stretch. Many would say such a statement falls more into the “You have a firm grasp of the obvious” category.

According to an Associated Press-GfK poll conducted February 16 to 20, 56% of Americans preferred cuts in government spending, compared to 31% who considered higher taxes as the best medicine.

With Social Security burdened by a growing $15.5 trillion in unfunded liabilities, with Medicare’s unfunded liabilities surpassing $81.6 trillion, plus an additional $20.5 trillion for Medicare Part D, there simply isn’t enough discretionary spending available to make the cuts necessary to get America out of debt. However, despite over $15 trillion in debt and unfunded liabilities exceeding $117.7 trillion, with America’s economy in the midst of a deep, long recession struggling to display a flicker of hope for a less than vibrant, jobless recovery, most economists agree that now is not the time to raise taxes.

The first order of business is to get the American economy growing.

Higher tax rates results in reduced profits to investors, thereby inhibiting capital investment. Reduced capital investment leads to economic contraction, resulting in fewer jobs and reduced tax revenue, which in turn tempts government to raise tax rates. In the face of lost private sector growth, Statists persist with the illusion that government spending stimulates economic growth. It didn’t work for FDR to end the Great Depression, and it resulted in a “Misery Index” during Jimmy Carter’s term in office. Government spending on “jobs creation” is inefficient. Not only is money wasted on unproductive pet projects, a portion of the revenue is lost before it ever hits the streets thanks to the cost of government overhead. The end result is less long term private sector growth and larger deficits, which in turn tempt the government to increase tax rates yet again. A downward spiral is set into motion.

Historically, the most efficient way to stimulate America’s economy has been to allow individuals and businesses to keep their own money by cutting taxes. When tax rates are reduced, the economy experiences sustained periods of growth. It worked when Calvin Coolidge reduced taxes in the 1920s. It worked when John Kennedy cut tax rates in the 1960s. It worked again when Ronald Reagan followed suit in the 1980s. Not only does cutting taxes create jobs, the increased revenues lower the government’s deficit. Despite businesses and individuals paying smaller percentages, thanks to economic growth, the IRS collects more revenue from a larger pool of taxpayers. Businesses enjoy profits which allow investments in expansion, which creates greater output, sales and profit, which in turn stimulate the need to hire new employees, who have more revenue to buy products created and produced within the private sector. An upward spiral is created.

Once the private sector economy is growing and providing new jobs, the next step is to cut government overhead.

Second, with the exception of proven friends and allies, America should cut all foreign aid. Why does the United States borrow money from Communist China and allow the Federal Reserve to inflate its currency in order to give foreign aid to countries hostile to America?

Third, the United States should withdraw from the UN, stop paying dues to the organization, and expel them from American shores permanently. The UN was founded after World War II to prevent a third world war involving nuclear weapons. Since North Korea has and Iran is on the brink of deploying such weapons despite the existence of the UN, why does America allow dictators to come to the United States, grant them diplomatic immunity, then sit idly by while they insult Americans and the American way of life…on America’s dime? The UN is involved in programs and regulations that go so far beyond its original mandate that continuing to fund and be a member of this organization is no longer in the best interests of the United States.

Fifth, defund and dismantle government departments that have proven to be costly and ineffective. The quality of America’s education has declined steadily the Department of Education was established. Additionally, centrally planned curriculum has allowed “progressive” infiltrators to use the Department as a means to indoctrinate generations of American youth to their Marxist agenda. The Department of Energy was founded during the Jimmy Carter Administration with the expressed goal of making America less dependant on foreign energy. The results have been the exact opposite of the stated goal. America is more dependent on foreign energy than ever before. Why is this failure still being funded?

There are other big government programs that feast on the national treasury that can also be eliminated. Among these are the Department of Agriculture and the Department of Homeland Security. At a time of pending fiscal crisis, surely it’s to America’s advantage to free itself of the weight and expense of these bloated bureaucracies.

This is the pathway to reducing America’s annual budget deficits. But what of those looming unfunded liabilities? The inevitable conclusion is that that major reforms are needed in the way Social Security and Medicare function.

When Social Security was established, the age of eligibility was 65. At that time, the average life span of an American male was 58, while women lived to an average age of 62. Combine that life expectancy and eligibility age, factor in people making Social Security payments for the duration of their working careers and the original system was financially solvent.

Today, the average lifespan of men is now 73, while women live to be an average age of 79. Combine this longer duration of payout with the increase in eligible recipients that is resulting from the maturation of the baby boomer generation and there is clearly going to burden the existing system. The age of eligibility should be adjusted to conform to our increased life expectancy. This same revised actuarial formula should be applied to Medicare.

Additionally, no payments should be made to those who have not paid into the system. This would apply to all foreign nationals. If a foreign national is working legally within America, they won’t be responsible for paying in, because they won’t be eligible to collect. If they’re here illegally, they shouldn’t be on anyone’s payroll to begin with.

This is by no means a complete list. More needs to be done, but this is a place to start the conversation. The debt America has and continues to accumulate is an existential threat to the United States. To mortgage the well being of future generations in order to postpone the inevitable is not only irresponsible and dishonorable, it would be the first time a generation of Americans chose to leave the country a worse place for their children than was the one they inherited. All to spare themselves the pains of growing up.