They are right.[1] Oil is still heading down and although many may rejoice at that, it is not a good thing. It is devastating the oil sector and jobs regardless of what you hear from Obama or what fake unemployment numbers he puts out. When it is done hitting bottom it will skyrocket. Also, you have asshats like Obama who want to tack on a $10 a barrel tax for what they laughingly refer to as ‘infrastructure improvements’. The only improvements will be to their personal pocketbooks. I believe we are heading straight into the mother of all world depressions with many factors at play. Let’s hope I’m wrong, but I don’t think so. We are in for some very, very, very rocky financial times ahead. 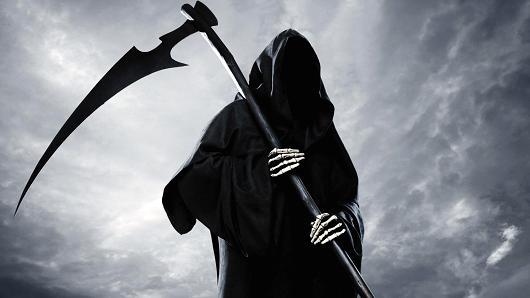 The global economy seems trapped in a “death spiral” that could lead to further weakness in oil prices, recession and a serious equity bear market, Citi strategists have warned.

Some analysts — including those at Citi — have turned bearish on the world economy this year, following an equity rout in January and weaker economic data out of China and the U.S.

“The world appears to be trapped in a circular reference death spiral,” Citi strategists led by Jonathan Stubbs said in a report on Thursday.

Not that you would hear it from the Obama administration, but there are massive layoffs occurring in the service industries and the energy sector, primarily due to Obama’s strangling of coal and oil. The signs are all around us that things are about to go south and fast. The Baltic Dry Index just hit an all-time low of 383 points. It used to be above the 10,000 mark before the 2008 recession, and at 1,222 points three months ago. That index is the average of rates paid for moving raw materials by ship and it is an indicator of international cargo trade. In the past, the index is notorious for falling ahead of some of the biggest economic depressions – including the dot com bust in 2000 and the great recession of 2008. So, you see, when a renowned financial analyst utters the words ‘death spiral’, we should probably listen.