A Teacher On Why She’s Quitting, “I Am Paid To Give Out Gold Stars To Everyone”

It’s no secret that our education system is broken and a big part of the reason for that is exactly the attitude in our schools that this teacher talks about[1]. 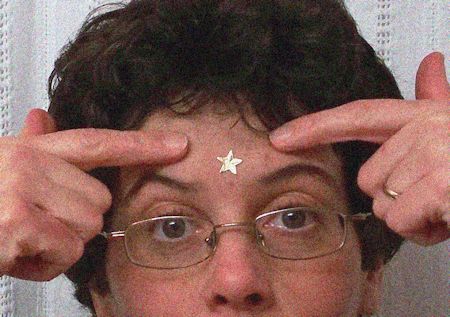 It is with a heavy, frustrated heart that I announce the end of my personal career in education, disappointed and resigned because I believe in learning.

To pursue this calling, I worked hard to earn the title of “classroom teacher,” but I became quickly disillusioned when my title of teacher did not in any way reflect my actual job. I realized that I am not permitted to really teach students anything. When I was in middle school, I studied Shakespeare, Chaucer, Poe, Twain, O. Henry, the founding fathers, if you will, of modern literary culture. Now, I was called to drag them through shallow activities that measured meaningless but “measurable” objectives.

Forced to abandon my hopes of imparting the same wisdom I had gained through my experiences and education, I resigned myself to the superficial curriculum that encouraged mindless conformity. I decided that if I was going to teach this nonsense, I was at least going to teach it well. I set my expectations high, I kept my classroom structured, I tutored students, I provided extra practice, and I tried to make class fun. At this point, I was feeling alright with myself. I quickly rose through the ranks of “favorite teacher,” kept open communication channels with parents, and had many students with solid A’s.
It was about this time that I was called down to the principal’s office with a terse e-mail that read only, “I need to speak with you.” Clueless, I took down my grade sheets, communication logs, lesson plans, and sat down as an adult still summoned down to the principal’s office. “I need to talk to you about these students.” She handed me a list of about 10 students, all of whom had D’s or F’s. At the time, I only had about 120 students, so I was relatively on par with a standard bell curve. As she brought up each one, I walked her through my grade sheets that showed not low scores but a failure to turn in work–a lack of responsibility. I showed her my tutoring logs, my letters to parents, only to be interrogated further. Eventually, the meeting came down to two quotes that I will forever remember as the defining slogans for public education:

“They are not allowed to fail.”

“If they have D’s or F’s, there is something that you are not doing for them.”

What am I not doing for them? I suppose I was not giving them the answers, I was not physically picking up their hands to write for them, I was not following them home each night to make sure they did their work on time, I was not excusing their lack of discipline, I was not going back in time and raising them from birth, but I could do none of these things. I was called down to the principal’s office many more times before I was broken, before I ended up assigning stupid assignments for large amounts of credit, ones I knew I could get students to do. Even then, I still had students failing, purely through their own refusal to put any sort of effort into anything, and I had lowered the bar so much that it took hardly anything to pass. According to the rubrics set forth by the county, if they wrote a single word on their paper, related or not to the assignment, I had to give them a 48 percent. Yet, students chose to do nothing. Why? Because we are forced to pass them. “They are not allowed to fail,” remember? Teachers are held to impossible standards, and students are accountable for hardly any part of their own education and are incapable of failing. I learned quickly that if I graded students accurately on their poor performance, then I have failed, not them. The attention is turned on me, the teacher, who is criticized, evaluated, and penalized for the fleeting wills of adolescents.
Everyone received at least a C that year–not earned, received–and I was commended for my efforts. In the time to follow, I gave up.

…I am paid to give out gold stars to everyone so that no one feels left out, to give everyone an A because they feel sad if they don’t have one. I take the perpetual, insane harassment from parents who insist that their child’s failings are solely my fault because I do not coddle them to the point of being unable to accept any sort of critique; if each student is not perfect and prepared for college and life by age twelve, then I must be wrong about the quality of their work. I lower my own standards so much that I have been thinking my grades were generous. After years of being harangued, I gave Bs to D-quality work, but that is never good enough. All I can do is field the various phone calls, meetings, and e-mails, to let myself be abused, slandered, spit at because that is my career, taking the fall for our country’s mistakes and skewed priorities. So if you want your child to get an education, then I’m afraid that as a teacher, I can’t help you, but feel free to stop by if you want a sticker and a C.

How do you educate children if they face no consequences for refusing to do their work? Yes, some children will work, but a lot of them won’t and those children are being failed by an education system that doesn’t push them to be their best.