It’s currently Ramadan, one of the holiest months in the Islamic calendar. Ramadan is marked by fasting throughout the entire month, as well as regular prayers throughout the day. One public high school has turned two unused rooms into prayer rooms for Muslim students — a reasonable accommodation, to be sure. But what has eyebrows raised is that an atheist group has no objections[1]. 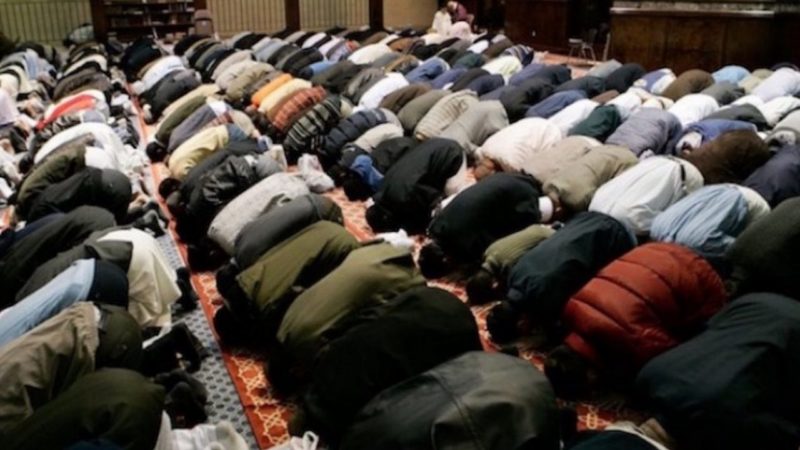 Shenendehowa High School in New York state invited an imam to meet with principal Donald Flynt, so the school could learn about Islam and after the meeting, arranged for the two vacant rooms to be opened and used as prayer rooms during Ramadan, which runs from May 27th through June 24th this year. “[Ramadan is] a month long and there are certain obligations that must be done in addition to praying,” school district spokeswoman Kelly DeFeciani said. “Principal Flynt wanted those students who observe Ramadan to be able to stay in school and also fulfill their religious obligations.” The rooms will also not be limited to any one specific faith.

DeFeciani explained that “making the rooms available is part of our effort with cultural proficiency. We are trying to get people to understand all different cultures. We want to make the school conducive, so all students can learn, can feel accepted and feel understood. With this effort, this group can meet both their educational and religious obligations. In this case, it’s the principal’s decision. He’s doing it to meet the needs of his students.”

In addition to the public statement from the school district, Flynt also e-mailed parents to notify them and stressed that it was not required for any students or employees. “Please note that this is voluntary and student-initiated,” the letter read. “Involvement of school employees is a non-participatory capacity. The allowance of this does not materially and substantially interfere with the orderly conduct of educational activities within the school.”

Imam Abdul-Rahman Yaki of the Islamic Center of the Capital District said that the prayer rooms will go a long way towards helping Muslim students. “Ramadan is much more than fasting,” he said. “It’s one part of the package. There is the obligation of prayer, there are five, and recitation of the Quran is encouraged at this time because that’s when it was first revealed. There are other obligations also.”

Interestingly, a spokesperson for the Freedom from Religion Foundation — which frequently protests when Christianity is accommodated in schools or workplaces — said that there was nothing wrong with the school’s decision. “Our first impression is that this is a reasonable accommodation,” Annie Laurie Gaylor, co-president and co-founder of the atheist group, said. “It is important that schools not get carried away and it’s always worth monitoring. Principals should beware appearing to promote prayer or praise it in students.”

Would she say the same thing for, say, Catholics who want to pray the rosary at specific times each day during Lent? Somehow, it seems unlikely. And it calls into question the motives of this atheist group — are they trying to fight for freedom from all religion, or just freedom from Christianity?