If you haven’t already heard[1], all 900 LA public schools have been closed for the day and over 640,000 students have been sent home over terrorists threats. A terror expert speaking on CNN surmised that the person or people who made the threat have already achieved most of their objective: instilling terror in the city – and indeed the nation. ‘Whoever’s put this threat out will be watching this coverage with great satisfaction,’ he said. That may be true, but it was far better to send those kids home than have a lot of dead students in the streets of LA. You can thank Barack Obama for the terror all of us are now living through. He brought this to our nation. This is his fault. It must have been a doozy of a threat. It was sent to a school board member and there are vague details on it. It did mention at least three schools and multiple students. Just awful and yet utterly predictable. 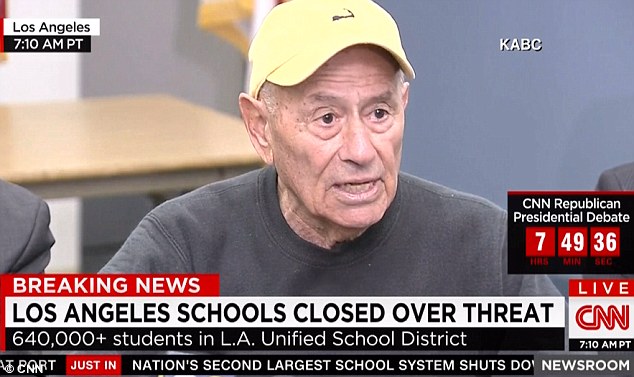 All Los Angeles schools have been closed over a credible terrorist threat.

More than 640,000 children are urged to stay in their homes amid fears of an attack on the nation’s second largest school district.

The FBI and explosive experts have been called in to sweep every locker, classroom, office, and bathroom of every campus across the 5,000-square-mile county.

Ramon Cortines, superintendent of Los Angeles schools who made the decision to close all 900 institutions, told a press conference at 7am Pacific Time he had received an email describing plans to bomb at least three schools and multiple students.

The threat mentioned backpacks and other objects, he said.

‘I can’t take a chance, I want all schools to be searched today,’ Cortines insisted. ‘I’m not taking a chance of bringing children into a place, into any part of a building, until I know it’s safe.’

Every nook and cranny of 900 schools will be searched today, with special emphasis on backpacks and lockers. This is happening less than two weeks after the San Bernardino shooting that killed 14 and wounded 21. Islamic terrorists slaughtered people in the name of Jihad. Schools are the ultimate soft target and one of the killers in San Bernardino had pictures of 11 high schools on his cell phone. I warned at the time this was only the beginning and sadly I was right. We are now beginning to look more and more like Israel without the security every day. You can bet there is more to this story than we are hearing. If they took this precaution, these administrators are scared stiff. It is unprecedented. An anonymous source said the threat came from overseas.[3] I just pray that nothing comes of it. Developing. 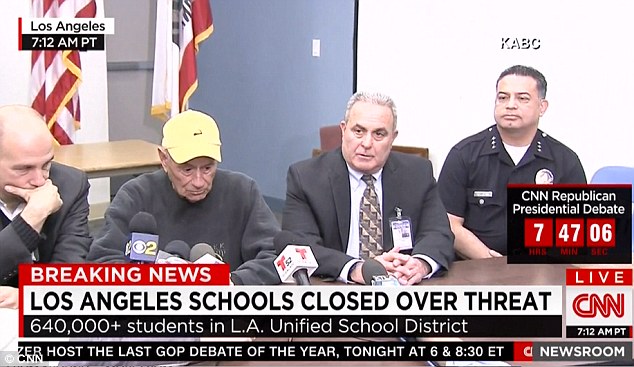 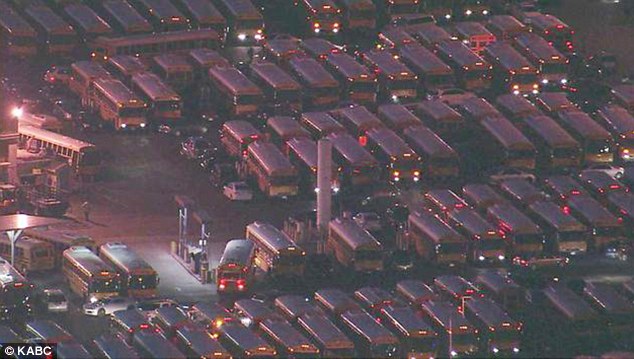 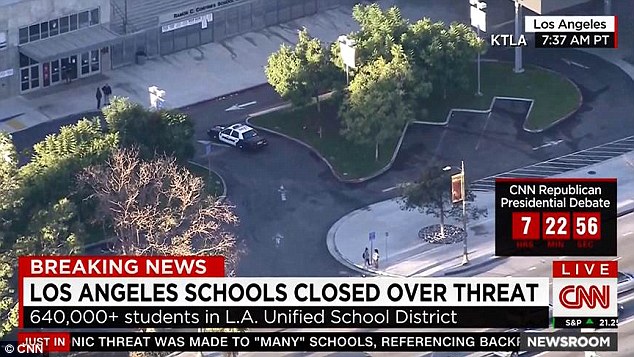 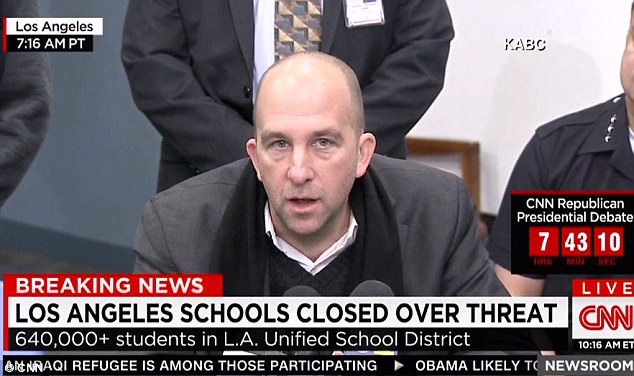