BREAKING: American University Student Taken Hostage by North Korea – This is why…

This morning, word broke that North Korea arrested[1], read ‘took hostage’, a University of Virginia student for what they called: committing “anti-state” acts orchestrated by the U.S. government. That is a catchall charge that means they felt like detaining him and throwing him in a hellhole indefinitely to make a statement of hatred against the U.S. Their verbiage here mirrors past claims of outside conspiracies. State media claimed Otto Frederick Warmbier entered North Korea as a tourist with a plot to undermine unity among the North Koreans with “the tacit connivance of the U.S. government and under its manipulation.” They are claiming we are trying to starve them with sanctions and infiltrate them with subversive spies. The report from the Korean Central News Agency (KCNA) said Warmbier was “arrested while perpetrating a hostile act,” but didn’t say when he was detained or explain the nature of the act. This is so very typical for the NoKos. 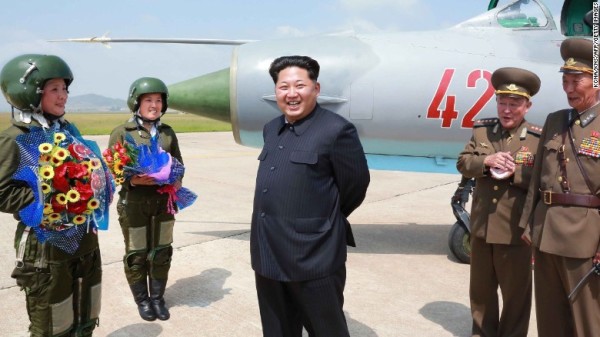 First, we had the 10 U.S. Navy sailors detained by Iran. Then, even as American prisoners were being released by Iran, our new BFF tried tohold[3] the mother and wife of one of the released prisoners. This, of course, was closely followed by three Americans going missing in Iraq, an incident that some now are tying to militant groups linked to[4] — anyone want to guess? — yep, Iran.

Meanwhile, our own President Obama and Secretary of State John Kerry have proudly boasted of our newly-strengthened relationship with Iran. They’ve lifted sanctions, freeing $150B, while adding another $1.7B to the pot in the prisoner exchange.

So is it any surprise that another U.S. citizen has now been detained unlawfully by an enemy state? But this time, it’s North Korea.

This young man is a lauded scholar. How could he be stupid enough to go on a tourist junket into North Korea? That’s asking for it and he got it. I’m sure the North Koreans are emboldened by Obama’s deal with Iran. They probably feel they can do whatever they want and there will be no repercussions for it. In fact, looking at Iran, they may believe there is a big payday in a move like this. It’s worked before, it’ll probably work again. The other kicker here is that this guy was detained on January 2nd… that’s almost three weeks ago. Why didn’t we hear about this until now? The world is getting far more dangerous every passing day for Americans thanks to the efforts of Barack Obama. This is a very good example of that.