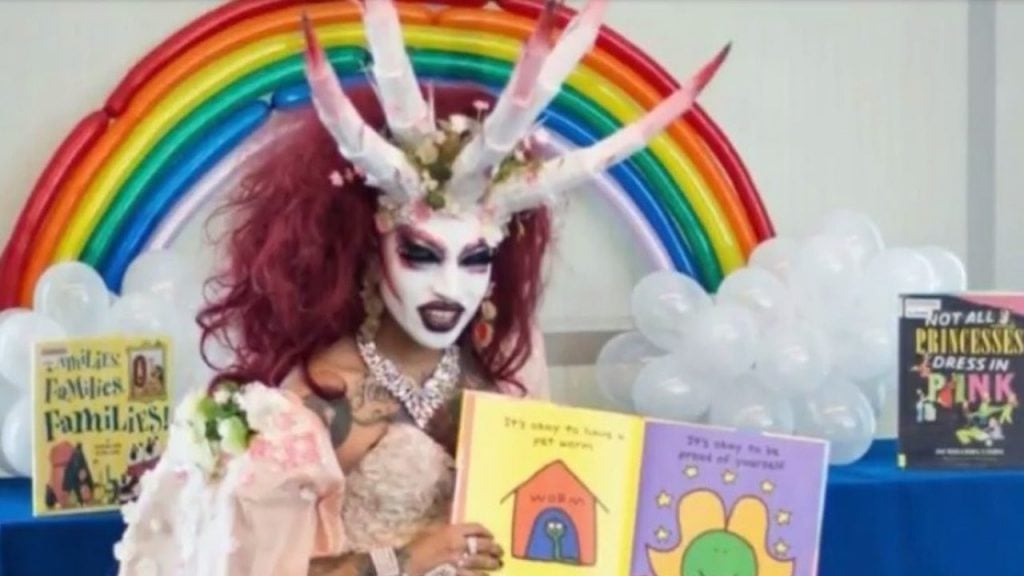 After the Drag Queen Story Hour, photos of the event showed up on Mochi’s Instagram profile and have been causing quite a stir. The event took place to commemorate LGBTQ History Month, which I did not realize existed until just today. The Instagram post reposts the photo that was initially uploaded by the library and says:

“I got to read to the children today and it was one of the best experiences I’ve been given as a drag queen. It’s so important to have representation and normalize all the letters in LGBTQIA+ in everyday lives. I saw so many excited faces it filled my heart with so much joy and hope to come back again soon! Thanks again to everybody who made this opportunity a reality and make such a successful LGBT event.”

Enter Omar Navarro, who is challenging Maxine Waters for her Congressional seat in California, who takes his response to Twitter:

What are we teaching kids in school? Demonic teachings alive in Long Beach. I’m outraged they would allow this. pic.twitter.com/Q72nhnWbBo[2]

Probably knowing that it would infuriate conservatives, the Church of Satan tweeted out “Hail Satan!” in response to critics of the Drag Queen Reading Hour.

Personally, I’ve nothing against drag queens. I’ve gone to drag and burlesque shows for years, but I’m also an adult going out for entertainment on my own dime. The whole culture’s been flung wide open to the public, with RuPaul’s Drag Race now available on Netflix. Drag is supposed to be subversive, it’s not about gaining so much acceptance that you’re reading to school children like you’re Miss Frizzle or Mary Poppins. Culturally, drag has gone from John Waters’ films of the drag queen Divine in movies like Pink Flamingos and Female Troubles with R-rated scenes that are still shocking today. The point then was to be shocking and Divine and John Waters did that wonderfully. Now we have drag queens dressing up like Halloween devils and reading to children at public libraries hoping to get the same kind of response.

From personal experience I would blame the extremely left wing librarians for allowing this to happen, with the whole point to be less about reading to children or teaching them to accept gay people (and there’s quite a difference between a run of the mill gay person and a drag queen) than it is to swallow the left-wing, conservative-hating agenda.

In Charlotte, North Carolina, the bizarre trend of drag queens reading to kids included what I’d call a low-effort drag getup which amounted to a guy in a wig and an Ariel mermaid costume reading to kids at the Plaza Midwood’s Common Market, after the local library refused the display.