Parents ought to stand up on their hind legs[1] on this one and have Dickson County Director of Student Services Steve Sorrells fired. Sorrells has not only banned the Confederate flag, he has banned the American flag. Parents and students are furious. How about freedom for all? Heritage, not hate. Sorrells says this is not unpatriotic or an attack on the American flag. Oh, bull crap! Elitists hate the South and traditional America. They hate American patriotism and this is just another move to do away with it. I warned on this when they started going after the Confederate flag, monuments and Civil War heritage and history. This is a constitutional issue – an American issue and this just cannot be allowed to stand. 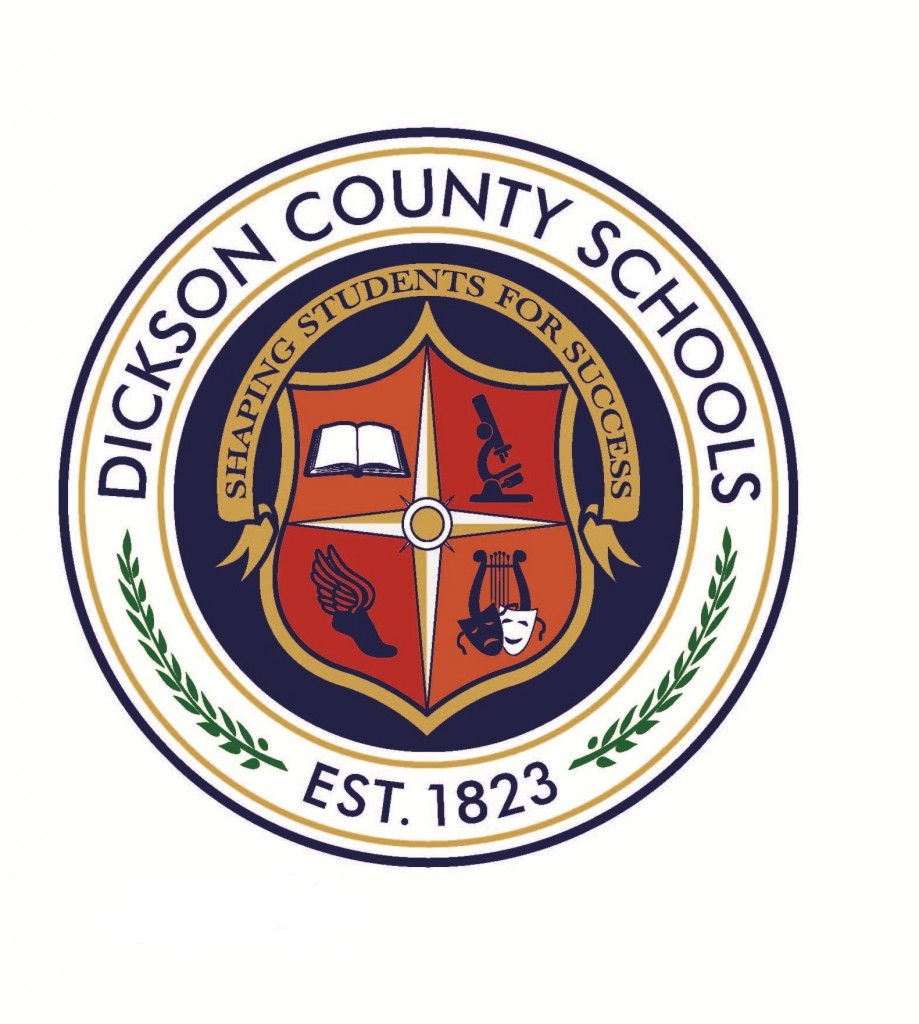 The good folks in Dickson County, Tennessee are about to find out that sometimes the cure can be worse than the disease.

After being confronted with the recent controversy surrounding the Confederate flag, the Dickson County School District decided to ban all flags and banners — including the American flag, according to the local Fox affiliate WHBQ.

Not only did school leaders decide this was the smart thing to do, but Dickson County Director of Student Services Steve Sorrells stands by the stunning decision.

“While this was not necessarily an attack on the American flag, there were some other issues we’re trying to address,” Sorrells said. “It’s not an unpatriotic act, by any means, because we have a number of ways in which students do learn how to be patriotic and express American pride.”

Not necessarily an attack on the American flag?

Even students are smart enough to know an asinine decision when they see one. Angry senior Arianna Heisler told My Fox Memphis that the ban compromises her right to free speech.

“I just think that’s a right,” Heisler said. “It’s freedom of expression, and I don’t think you should be able to take that away from us.”

School leaders say they haven’t had any issues, but odds are, they’ll soon reconsider the ban — right after the American people weigh in.

The reaction on social media shows users are in agreement with the student, with one emphasizing, “This is WRONG!”

Here’s a small sampling of the responses from Twitter: 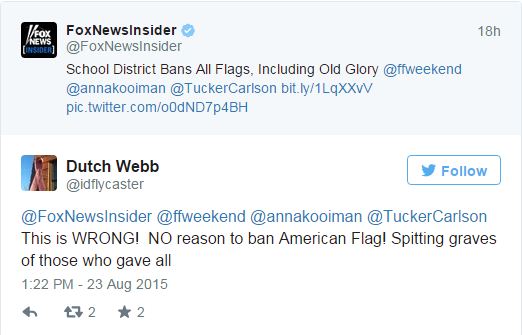 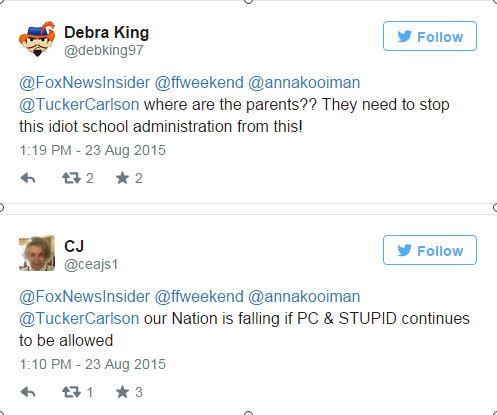 This school district is going to get inundated over this. The outcry should be phenomenal. This is an unpatriotic and cowardly act. One that can’t possibly be representative of the majority of parents and students. Those parents pay the salaries and taxes for these schools. That doesn’t mean that school officials can just do whatever they want. Their positions don’t give them tyrannical powers. They are obviously not versed in constitutional law or the patriotic bent of Americans. Time to clean house Tennessee – your schools have a real problem. As I have said many times, get your kids out of the public school system and into a private school or homeschooling. Now. 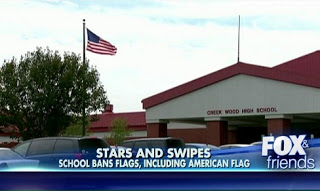