LITTLE ROCK, Ark. — All those teachers who take pride in their “free swinging” ways can breathe a sigh of relief — Little Rock’s new “restrictive” dress code won’t go into effect until next school year.

As in bras and underwear.

Teachers have to adjust to wearing “foundation garments” to work? Just what kind of “free spirited” attitude do they have in Little Rock?

The newspaper reports many teachers weren’t happy with Suggs’ attempt to improve the school district’s “culture and environment.”

Koehler admitted there was little the union could do because it doesn’t negotiate over the dress code.

In response to members who said Koehler shouldn’t have gone along with the changes, she remarked that it is best to be “at the table, not on the menu.”

She added, “No Dress Code could ever meet every persons’ concerns or point-of-view. At best, one could hope to have something that did the least amount of harm to employees.”

A dress code can bring “harm” to employees? Really? 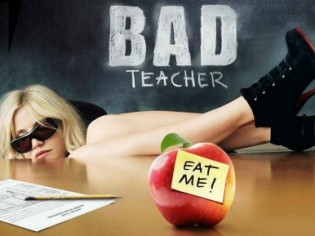 [1]Some of the new rules that apparently could bring “harm” to teachers include: No clothing with patches or slogans referring to alcohol, cigarettes, obscenities, sexual references and the like; no jeans, except on designated days; no casual T-shirts – faded, sheer, out of shape or inappropriately sized; no mini-skirts, halter tops, backless or sheer dresses; only “dress casual” shorts; no flip-flops; and no hats in buildings, except religious head coverings, the paper reported.

Remarkably, this isn’t the first incident of union hand-wringing over wearing more professional attire in the classroom.

In New Hampshire, a school board proposed banning blue jeans, sneakers, slip-flops and tank tops. The superintendent told the board that teachers felt such a policy was “derogatory and condescending.”

By Kyle Olson at EAGnews.org. This post was used with the permission of Joe For America[2].