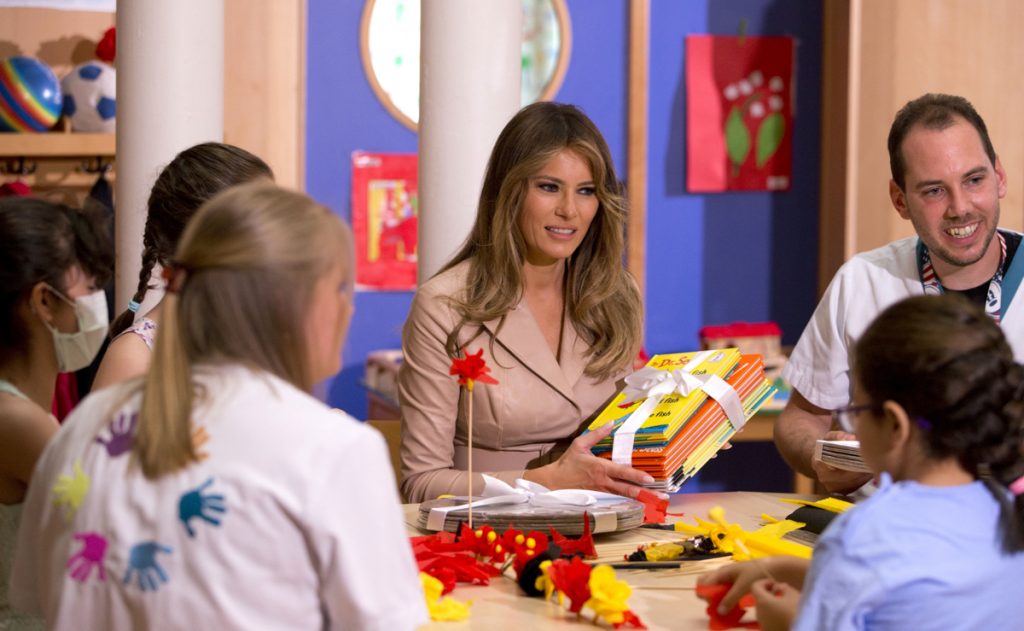 What do you get when a First Lady tries to donate books to a raging liberal?

An extremely long, pompous letter refusing the gift for reasons of privilege, where even Dr. Seuss himself is painted as a racist.

The Trumps have a bit of a history in promoting the books of Dr. Seuss along with the rest of the world. The childrens’ book author, who died in 1991, whose 44 books have sold between 100 million and 500 million copies, is certainly one of the most successful and famous American authors.

In March of this year, the FLOTUS chose to read the Dr. Seuss book Oh, The Places You’ll Go![2] to a group of kids at the New York Presbyterian Hospital. This was to honor Seuss on what would be his 113th birthday, with a book that’s famous for being given as a gift to both young children and by parents to teenagers who are leaving home for the first time.

Back in December 2015, when all the Hollywood lefties were laughing at Trump because they never dreamed that he could win, Jimmy Kimmel wrote Trump a Dr. Seuss parody book called Winners Aren’t Losers and Eric tweeted a photo of Donald reading it to his granddaughter on  his plane. This is funny because Trump knew he was going to win even though Kimmel also knew in his heart that he’d be ground into the dirt. Only one man was right.

Thank you @jimmykimmel[3] for the great book. Grandpa @realdonaldtrump[4] is making good use of it!!! #WinnersArentLosers[5] pic.twitter.com/LLYQVzOlYZ[6]

Before we get into the letter sent by the librarian in question, here’s a photo of her, wearing a hairstyle for toddlers and holding one of those racist, racist books. 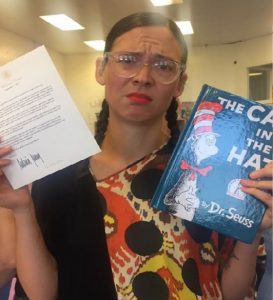 Melania first sent a letter to the Cambridge Elementary School letting them know that she was sending ten Dr. Seuss books including Oh, The Places You’ll Go! to their library, signing off by saying, “I wish you all a great school year ahead.”

Instead of the thank you note that most of us would consider polite, here’s a few bits of the screed sent back and publicly released by the school librarian Liz Phipps Soeiro.

Just take the books, lady. And stop trying to ruin a cultural institution with your anger.