If a student is able to prove to school administrators that her teacher was bullying students, you would think they’d be grateful, right? Wrong — for Brianna Cooper, recording her teacher bullying and insulting students inexplicably led to a five-day suspension. 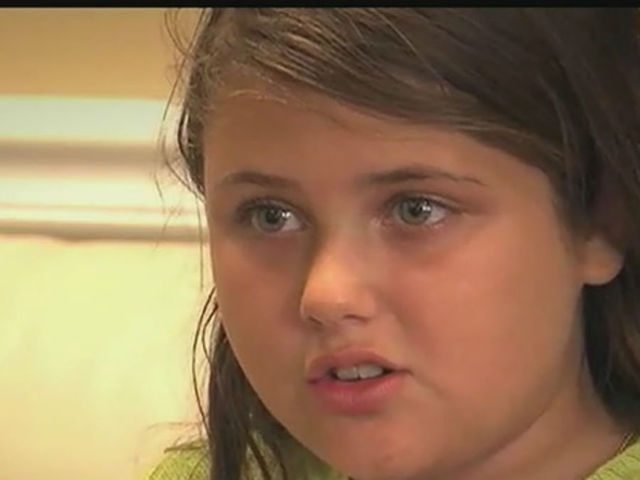 Eleven-year-old Brianna Cooper, a fifth-grader at Fort Pierce Elementary School, said her teacher had been mean to students in the past and she wanted to prove it. Inside her classroom, Brianna recorded the instructor saying to a classmate, “Don’t let the size fool you. I will drop you.”

In another part of the recording the teacher is heard belittling another student. “Biggest kid in the fifth grade and you acting like the smallest one,” she is heard saying.

“I thought I did the right thing,” said Brianna.

Her video led to the firing of that teacher. “I do think it’s a good thing that this teacher is gone,” said Kassie Faulkner, the girl’s mother.

Faulkner said, regardless of exposing a classroom problem, her daughter is still suspended from school because of a policy regarding recording audio illegally. “I still don’t believe she should be suspended,” she said.

It is illegal to record somebody without their knowledge if there’s an expectation of privacy. “They argue that a classroom is that type of situation, but what we have here is an 11-year-old who is trying to do the right thing,” said attorney Michelle Suskauer, who said the severity of Brianna’s punishment is unfit.

“You can’t look at this in a vacuum and say, ‘Well, the child videotaped a teacher, and therefore that was illegal, so the child needs to be suspended for five days,'” said Suskauer.

Because of this, Brianna will be missing preparation for the Florida Standards Assessment Test — and while of course Brianna could be suspended, are administrators really so mindless that they can’t look at a situation objectively and realize that she isn’t the bad guy here? Although really, perhaps the most shocking thing isn’t that a student was unfairly suspended so much as it is that a teacher was actually fired.