How far should religion classes in school go? For one father, the Islam lessons in his son’s high school, which includes assignments on prayer rugs and Islam packets, are taking it way too far. 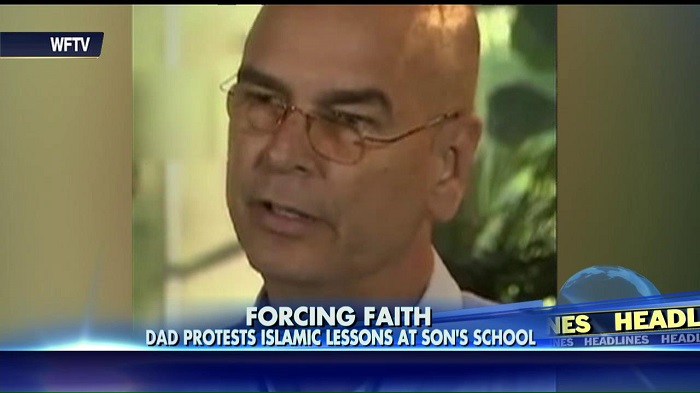 The father of a Florida high schooler says students were required to recite an Islamic prayer in a 10th grade history class.

“Students were instructed to recite this prayer as the first Pillar of Islam, off of the board at the teacher’s instruction,” Ron Wagner said.

He said that his son’s world history book at Lyman High School has a chapter dedicated to the “Rise of Islam,” which includes prayers and scriptures from the Koran.

“For it to be mandatory and part of the curriculum and in the textbooks, didn’t seem right,” Wagner said, adding that the book doesn’t contain similar sections about Judaism and Christianity.

Wagner said he became concerned when he noticed a text message reminder from the teacher to his son about completing a prayer rug assignment and studying an Islam packet.

This would be far more acceptable if there were similar treatments being given to other religions, like Judaism and Christianity. But if it’s only Islam that students are being forced to study, then that’s truly a cause for concern.