Slavery was nearly ubiquitous in every corner of the world from the beginning of human history until it was largely eradicated relatively recently thanks almost entirely to the efforts of Europeans and Americans. Yet given the extent to which public schools have become more interested in maintaining ignorance than in educating, this comes as no surprise:

For 11 years, Professor Duke Pesta gave quizzes to his students at the beginning of the school year to test their knowledge on basic facts about American history and Western culture.

The most surprising result from his 11-year experiment? Students’ overwhelming belief that slavery began in the United States and was almost exclusively an American phenomenon, he said.

“Most of my students could not tell me anything meaningful about slavery outside of America,” Pesta told The College Fix. “They are convinced that slavery was an American problem that more or less ended with the Civil War, and they are very fuzzy about the history of slavery prior to the Colonial era. Their entire education about slavery was confined to America.”

They have to believe this. Otherwise liberal ideology, according to which the universe is centered on the alleged oppression of blacks by the wicked USA, would not make any sense.

Pesta has given his quiz at seven different universities over the years, including Purdue University, University of Tennessee at Martin, Ursinus College, Oklahoma State University, and University of Wisconsin–Oshkosh. He has found that increasingly students arrive at college not only ignorant, but preprogrammed to despise their own culture and history.

“They cannot tell you many historical facts or relate anything meaningful about historical biographies, but they are, however, stridently vocal about the corrupt nature of the Republic, about the wickedness of the founding fathers, and about the evils of free markets,” Pesta said. “Most alarmingly, they know nothing about the fraught history of Marxist ideology and communist governments over the last century, but often reductively define socialism as ‘fairness.’”

Pesta also noted that, early on, his students’ “blissful ignorance was accompanied by a basic humility about what they did not know.” But over time he said he increasingly saw “a sense of moral superiority in not knowing anything about our ‘racist and sexist’ history and our ‘biased’ institutions.”

“As we now see on campus,” Pesta said, “social justice warriors are arguing that even reading the great books of Western culture is at best a micro-aggression, and at worst an insidious form of cultural imperialism and indoctrination.”

A nuclear holocaust would have been less devastating to Western Civilization than allowing progressives to take control of education. Common Core is expected to make the situation even worse. 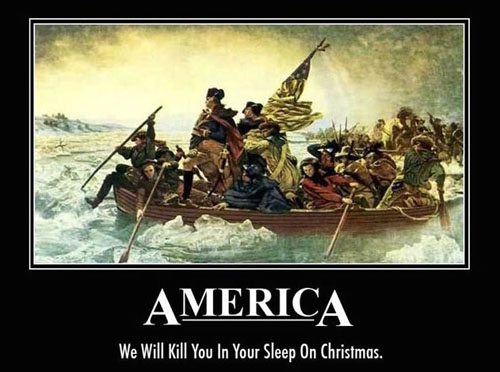 How they probably spin the Battle of Trenton, if they teach it at all.