If it seems that there are no standards at all for teachers anymore, and that firing them for virtually any outrage is impossible, don’t assign all the blame to left-wing teachers unions and left-wing educrats. Left-wing judges also make their mark on education:

At the heart of the troubling trend is a legal standard that requires the courts to defer to the city’s Department of Education when it terminates a teacher — unless the judge believes that the firing “shocks the conscience,” experts said.

Given the growing number of overturned punishments, it is clear that the “shock” threshold is “getting easier and easier to meet,’’ a court source noted. …

For example, trial and appeals courts alike found it “shocking” that a Brooklyn high school teacher was canned for bringing heroin to court in a backpack.

The courts also were “shocked’’ at the firing of two female romance-language teachers over a topless tryst in a classroom.

The concept of excellence has no place in a world where you can’t fire Lisa Broad:

Last month, the city was forced to appeal a court ruling that sent a Queens elementary school teacher back into the classroom even after she flunked three of her four previous performance ratings.

Not only that, “the record is also replete with instances of Broad’s professional misconduct, which included her fabrication of grades, flouting of deadlines, and violations of school policy by bringing a knife to school, having physical contact with a student, and leaving school premises during the school day without telling anyone,” Mangum wrote.

Still, lower-court Judge Alice Schlesinger — the same Manhattan jurist who found it “excessively shocking and severe” that two Brooklyn teachers were canned for the topless classroom romp — said Broad should keep her job because she was a “beloved teacher who had 27 years of experience under her belt.”

The price for this moonbattery is paid for by kids, who grow up educationally deficient because it is impossible to apply standards. 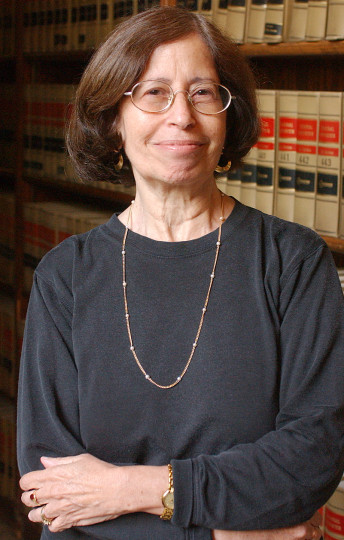