The student government at the University of Wisconsin-Madison insists that black students be provided with free tuition and housing at others’ expense.

This outlandish demand was issued partially on the grounds that blacks were denied educational opportunities during slavery, which ended many generations ago. Now non-blacks are to be the slaves, working to provide for blacks on a coercive basis. That is morally warped, but it gets worse still:

The Associated Students of Madison said in a resolution that students from suburban high schools are overrepresented. The group said consideration of ACT and SAT scores in applications restricts opportunities for the poor and thus upholds “white supremacy.”

Objective tests discriminate in favor of those most likely to make good use of educational opportunities. That is their purpose. Therefore, to fight discrimination, we must reject these tests.

Merely excluding higher-performing whites to make room for lower-performing blacks is not enough to achieve social justice. Excluded whites must be forced to pay for the blacks’ tuition and even their room and board.

The resolution demands free access to the university for all black people, including former inmates. That means free tuition, free housing and no fees, [ASM Student Council Rep. Tyriek] Mack said. That would save a black resident undergraduate student about $20,000 a year.

The resolution also demands that the university “study the feasibility of test-optional and geographically weighted admissions.”

Better still: why not keep the aptitude tests, but turn them upside down, so that the lower your score, the more likely you are to be accepted? That would accomplish the liberal goals of increasing diversity and undermining white supremacy.

The language mirrors demands that the Black Liberation Collective, a national network of black youth focused on higher education, has made to nearly 90 campuses across the country.

Thank you, Black Liberation Collective, for hopefully opening a few eyes to the depravity of liberal ideology by pushing it along toward its utterly insane logical conclusion. 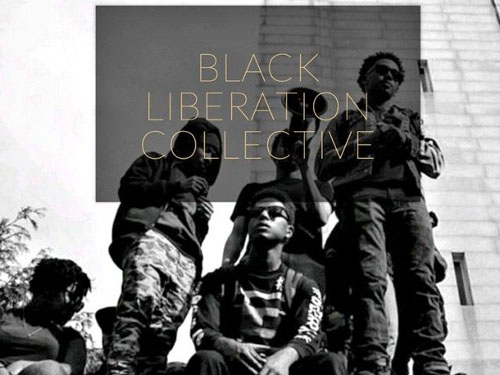 Useless people demand that you finance their slothful posturing.

On tips from Artfldgr, Bodhisattva, rpp618, and Varla. Cross-posted at Moonbattery.