Man, I’d have my first-grader out of that North Carolina school[1] so fast they wouldn’t know what hit them after this. A teacher took her first-grade students to a Black Lives Matter march without getting consent from the parents. She’s defending what she did and she has the gall to say it is what the children wanted. First-graders don’t know what they want… they do what they are told to do or what is suggested they do. This teacher should be fired over this. Children that age don’t do investigative research. They don’t know anything about racism or politics. This whole exercise was meant to brainwash these students and indoctrinate them into a radical political movement. I bet those parents are furious over this and are actively calling for this woman’s head. I know I would. 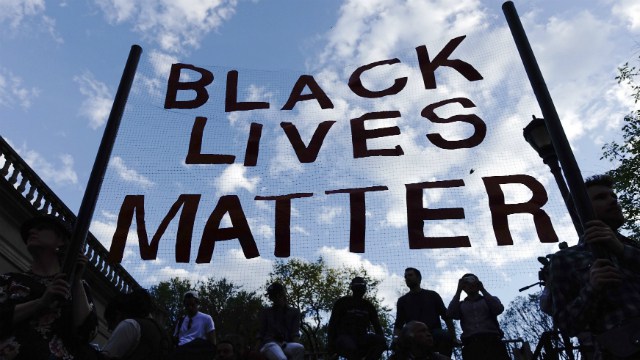 A first-grade teacher in North Carolina who took her students to a Black Lives Matter march without the consent of parents is defending her actions after being criticized in a scathing op-ed in the Daily Caller[3] published Wednesday.

That teacher, Ms. Bernal-Martinez of Central Park School for Children in Durham, told progressive North Carolina news outlet Indy Week[4] that it was actually the decision of the students to attend the march. She said her students chose to investigate the background of the Black Lives Matter movement and wanted to get involved following their investigations.

“The project that my class took on in this quarter was a study of the Black Lives Matter movement,” Bernal-Martinez told Indy Week. “And so, we’ve been investigating and asking questions about the issues and the causes that people are fighting for, and my kids really took it on. And they were very excited to, sort of, join the movement themselves.”

“They were like, ‘Well, people in the civil rights movement and people in the Black Lives Matter movement have always changed things by marching. We need to march,’” she added. “It was really just a celebration.”

In fact, this wasn’t one teacher. According to The Daily Caller[5]: Central Park School for Children in Durham, North Carolina has enrolled grade-school students in a “Black Lives March and Rally” scheduled for March 17, 2016. The teachers can opt-in or opt-out their classes, but parents have not been given a choice. Stef Bernal-Martinez, a teacher of 6-year-old children, signed up all the children in her class for a “Black Lives March and Rally” to take place during the school day, at the city’s downtown Central Park and Farmer’s Market. Ms. Bernal-Martinez describes herself as a “Radical Queer Progressive Educator” and “white-passing Xicana.” Dear Lord… do these parents know this is who is teaching their children? Surely the school does. If this isn’t an argument for home schooling, I don’t know what is. The school’s K-4 Associate Director, Raenel Duncan-Edmonds, brags the school is training “activists.” Parents, particularly families with police officers, have objected to their children being recruited as Black Lives Matter marchers. Black Lives Matter participants have called for violence against police officers in the past. If parents let their children attend this school after this, they are not fit to be parents.