I don’t care how big a publisher they are[1], I would highly recommend boycotting Oxford University Press. This is reason 10,237 you need to get your children out of public schools. Those textbooks, if I’m not mistaken, are also used in our schools. The level of political correctness here is insane in the extreme. Banning the mere mention of ‘pigs’ and ‘pork’ to avoid offending Muslims is just obscene. What next? Are you going to ban any mention of gays? How about women’s clothing, dating, freedom of speech? Are you going to go out and kill off all pigs because the Muslims find them distasteful? Get a grip! But the Oxford University Press is doubling down and defending their pandering to Islam. They must have Islamists in their upper corporate structure. It’s a manipulative move worthy of the Muslim Brotherhood. This just ticks me off. 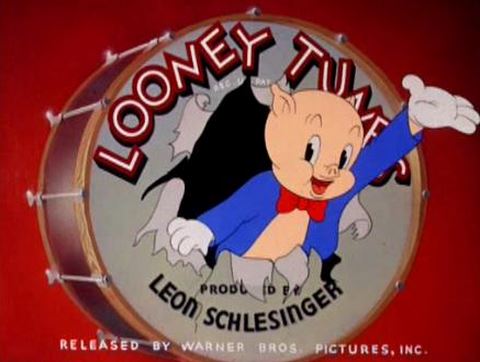 American Christians remain under siege. From Supreme Court rulings to executive orders to the military’s continued prioritization of social experiments over fighting, Christians are under siege in the nation that promised to never victimize based on religion.

However, as the left wages their war against Christians, they crusade for a perverse extension of religious tolerance for Muslims. Though content with insulting and debasing the very foundations of one Abrahamic religion, the left strongly favors walking on eggshells for another.

This is not merely a governmental phenomenon, however; the culture war that is occurring is every bit as real as the policies that advance Islam’s Shariah law in the Western world.

One such representation of this culture war is the recent policy change of the Oxford University Press[3], one of the biggest names in book publishing today.

To avoid the risk of potentially offending a Muslim somewhere, the company has banned the use of the words “pig” and “pork” from children’s books as it might offend Islamic readers.

The new policy was discussed as a radio host[4] noted that his wife, a children’s book writer, received a letter asking her to remove any reference to pigs or pork.

Jim Naughtie, the host and husband of the author, was floored.

“Now, if a respectable publisher, tied to an academic institution, is saying you’ve got to write a book in which you cannot mention pigs because some people might be offended, it’s just ludicrous. It is just a joke.”

Oxford University Press[3] stands by its decision. In a statement, the company claimed,

“Many of the educational materials we publish in the UK are sold in more than 150 countries, and as such they need to consider a range of cultural differences and sensitivities.”

“Our editorial guidelines are intended to help ensure that the resources that we produce can be disseminated to the widest possible audience.”

Nobody is doubting that these books may someday fall into the hands of a Muslim reader. My question is: “So what?”

Is there some sort of natural law that exists that asserts that all human beings are born with a right to float through life, free from ever encountering something that they might find offensive?

Further, while eating and handling pork might be prohibited by both Judaism and Islam, neither seem to possess a religious ban on acknowledging that pigs do, in fact, exist.

The next time anyone hears a friend complain that Donald Trump is being taken seriously, remind them of this story and remind them that it is precisely this kind of politically correct nonsense that fuels the outrage felt by Americans who have turned to Trump’s no-nonsense rhetoric for a break from the endless storm of ridiculousness furnished by PC morons.

So, now they are going to censor the Three Little Pigs? Wonderful. I’ve had enough of this political correctness crap. It’s enough to make you put stuffed piggies all over your lawn and go on a bacon diet. “Nothing is more important in the next 18 months than that the body of Christ rise up and that Christians stand up, that pastors stand up and lead. In this last election, 54 million evangelical Christians stayed home … If we can simply bring Christians to the polls — is it any wonder we have the government we have, we have the leaders we have if believers stay home and leave electing our leaders to unbelievers. We get exactly what we deserve and nothing is more important than having people of faith stand up and just vote our values, vote biblical values and that’s how we turn the country around.” Ted Cruz – and that is exactly right. We outnumber these Liberal Marxist hacks. We outnumber the Islamists within our borders as well. We can at least put a stop to this madness here in the US. Time to kick those out of office pushing this and boycott every company that bends to this appeasement. I say the pigs stay and the political correctness, Shariah-loving crowd go.