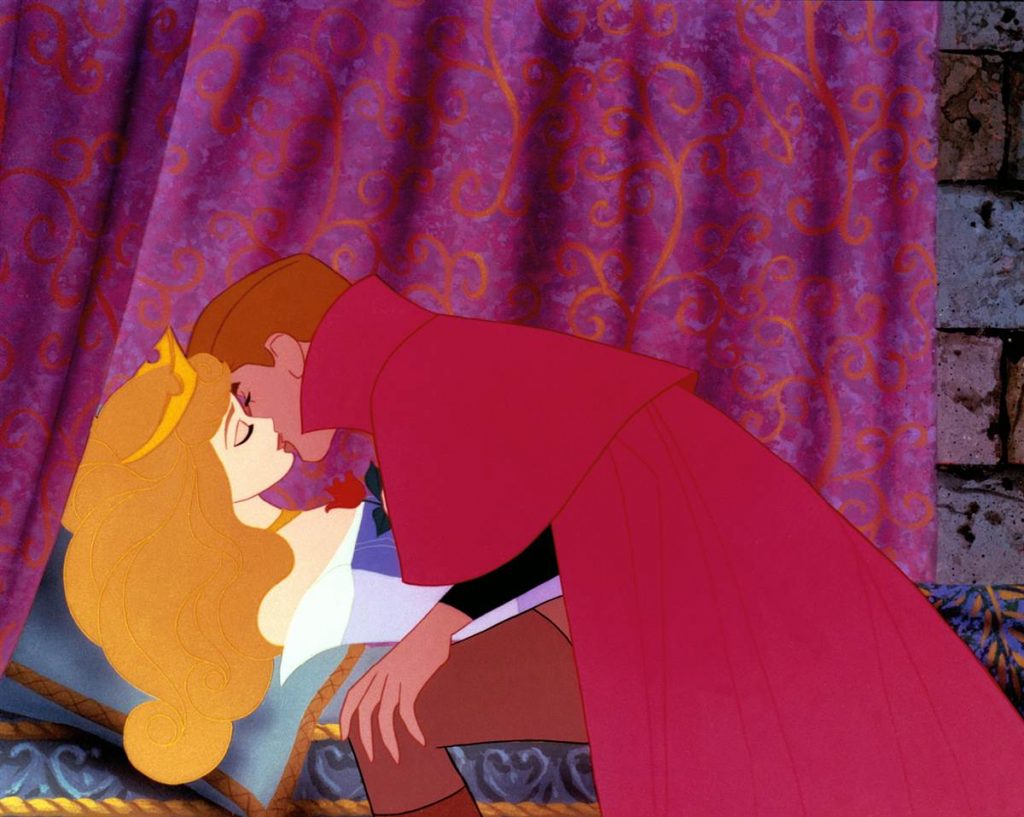 Won’t somebody PLEASE think of the children?!

An English mother is demanding that Sleeping Beauty be banned from her son’s school. The beautiful princess, who is awakened by the kiss of the handsome prince, is a victim. Since she did not consent to be kissed, it is an “inappropriate sexual” story and message to tell to the young children. Her son is six years-old. At that age, reading about kissing should get a cry of “EWWW!” from the students (just like how the young boy in the book reacts), it shouldn’t prompt getting the media involved with her son’s school. Sarah Hall, 40, posted this on social media, showing the version of Sleeping Beauty of which she has a problem: 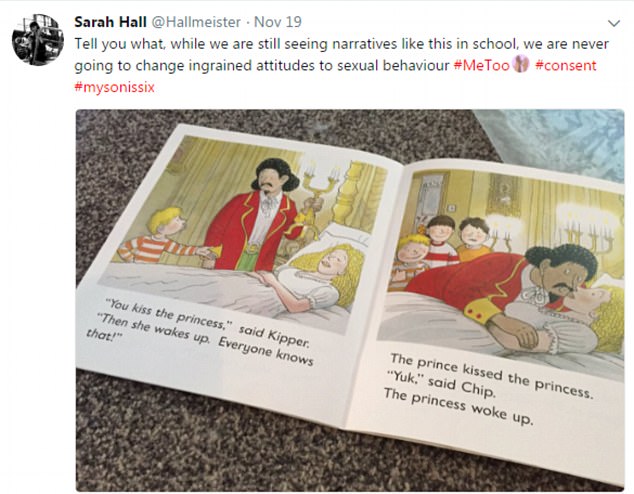 She is asking that the book be taken out of the hands of the younger classes and hashtagged her social media message with #MeToo, which is the tag-a-long for women and men claiming that they have been the victims of sexual assault. She said that in today’s society, it’s not appropriate and that she isn’t able to turn this into a “constructive conversation.” So, the kiss is too evil to discuss with children, but it’s fine to have a nasty hag of a witch poisoning innocent young women? Now, why would this Sarah Hall woman be fine with depictions of nasty witches who want to ruin things for everyone else? Hmm.

Ms. Hall said that she’s doing this out of concern, but lots of the backlash against her is people calling her “sad” and “pathetic” for trying to snatch away a well-known storybook from kids. A recent poll came out that says some millennials think that even asking a girl out on a date is sexual harassment[3]. It’s hard to not predict that there will be a major backlash to the bizarre gender role policing.

The Sleeping Beauty story has been around since at least the 1300s. It’s probably the cause of all major societal decay including the Black Death[4].

As for the 1959 Disney film, I think it should be scrubbed to remove several issues. For one, Princess Aurora is too slim. Change it. Second, she has beautiful flowing hair that doesn’t tangle. That’s not right! Give her a buzz cut or at least less volume. The fact that small animals like her just encourages children to accept that allowing squirrels and birds to sneak in is okay. Get rid of them, too. And her voice, she’s too good of a singer. She should sound like crushing gravel. And singing about dreams is triggering for students who get nightmares. Change it. Change it all. It’s all for the children!