Let me just start by asking the obvious…[1] why is it such a sin to fail a student who is… you know… actually failing? This is more Marxist/Progressive bull puckey. They are trying to ensure that no one fails high school. That everyone gets a degree – but how is that fair? And how does it reflect real life in the real world? If left up to these Marxist school board officials, all students would be the same mediocre robots that are then spit out of the system and used up by their collective overlords. School board officials across the nation do this crap all the time and it is why they are hated by parents and students alike. 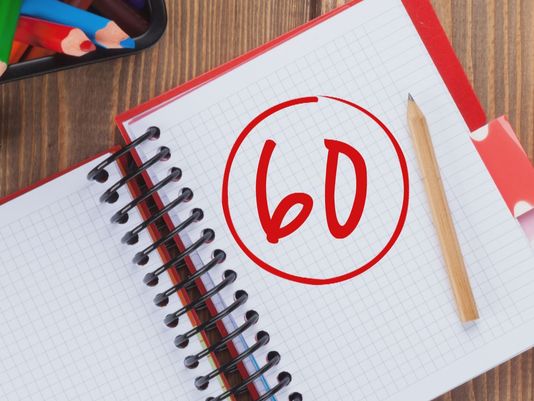 A majority of the Monroe County school board’s nine members voted last month to adopt a grading policy that bans teachers from handing out any grade lower than 60 percent.

The policy has received such a backlash, it’s back on the board’s Thursday night agenda[2].

“It’s not a good policy,” Summitt said Wednesday evening. “It’s not for the better of everyone — all students.”

She and her friend Brianna Irvin have gathered the signatures of more than 200 fellow students who also oppose the policy. They’ll present that petition at Thursday night’s meeting.

“Students like me work hard for their grades, and the fact that they would receive a grade the same as a student who didn’t work as hard as them is not fair,” Summitt said, adding she earns A’s and B’s in her classes while also participating in sports, working a part-time job and helping care for her younger siblings.

According to the new grading policy, whether a student actually scores anything under 60 percent – even a 0 – they’ll still receive 60 percent.

Critics say the policy fails to prepare students for the real world.

“If stuff is handed to me or handed to anyone throughout their life, then they’re just going to expect that other stuff”s going to get handed to them,” Summitt said. “In the real world, nothing is handed to you. You have to work for what you want.”

Proponents, on the other hand, have said the policy helps prevent students from failing high school. That, in and of itself, is not a bad goal, of course, but critics counter by saying the district already has programs in place to keep struggling students from slipping through the cracks.

“There’s tutoring for every single class given at my school,” Summitt said. “If you want help, there is help. It’s not like they’re saying, ‘You can’t have any help, we’re going to fail you!'”

Janie Harrill and Marsha Standridge are two of the three school board members who initially opposed the policy. Speaking with WBIR by phone on Wednesday night, they said they still do.

Standridge said there’s a good chance board members will rescind the policy.

“I really feel like we’ll change it,” Standridge said, adding if no other board member moves to rescind the policy, she will.

“I thought it was a hair-brained idea the first time I heard of it,” she said with a laugh, but then she went on to explain she’d like to see a more uniform grading policy in place.

Since the board approved the policy last month, Standridge has looked at 75 Tennessee public school districts’ high school grading policies. She said more than 60 percent of them use the Tennessee State Board of Education’s recommended uniform grading policy. That is listed on the board’s website HERE[3]. It was updated most recently on Jan. 30.

Harrill said all three of Monroe County’s public high schools have a credit recovery program. The district also has an academy specifically for students in danger of not graduating.

“I think we need to look at rescinding (the new grading policy),” Harrill said.

While it’s unclear exactly what will happen to the policy on Thursday, one thing is certain: The meeting will be packed.

Here’s a novel idea, let the students who work the hardest, study and earn the grades, have the higher grades. Not everyone is going to make it. That’s just the way it is. It doesn’t make them bad or failures… it just means, they need to find a different niche in life. An alternative way to survive. But punishing the ones who do well in order to level the scholastic playing field is simply insane and totally unfair to those students who excel and work very, very hard for their grades. If my children were still in school and their school pulled this, I’d yank them out of there so fast, it would make the School Board spin.