Feeling like he was out of options, a fed-up father turned to the courts to protect his fourth grade son from being bullied at school. 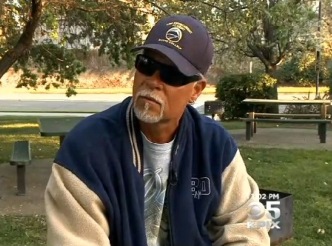 [1] Parent: Stephen Feudner: took the unprecedented step of filing for a restraining order against a 9-year-old student at: Rolling Hills Elementaryin Fairfield, Calif., who is accused of verbally and physically assaulting his son,: the local CBS affiliate reported[2].

“He came up and pushed me, I pushed him back and then he punched me right in the face and he said ‘Haha, you got punched,’” his son said in confirming the allegation.

“I tried everything else so why not try that?” the father told KPIX-TV. “And it was granted.”

But it turns out that it may be much ado about nothing.

The order must be served within five days, but the school cited privacy issues in saying they cannot identify the alleged 9-year-old bully, KPIX-TV reported.

The Solano County Sheriff’s Department said this is the first time a child has faced an order of this nature, but the restraining order cannot be issued until they have the correct information about the student.

When contacted by KPIX, the Fairfield-Suisun School District superintendent said she could not discuss the case other than to say safety is their number one priority.