Are we to believe that the same Obama Administration that gave us a stimulus that hasn’t after five years of Obamanomics and an Obamacare that cares not for people satisfied with their doctors and health care insurance plans; should now even more completely take over state and local education of our children? 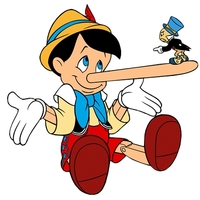 [1]We think not, and after being lectured of late about references to red-skinned warriors Washingtonians admire and that we are all “race cowards” by Attorney General Eric Holder, now comes Obama’s Secretary of Education Arne Duncan removing all doubt that the real war (of mostly northern liberal Democrat aggression) against women, whites and the suburbs is being waged by paternalistic liberal Democrats:

In a meeting with state education chiefs Friday, Duncan said some opposition to the Common Core State Standards – a controversial effort to standardize education – has come from parents displeased that test results have exposed local weaknesses. Duncan said he found it “fascinating” that opponents include “white suburban moms who – all of a sudden – (discovered that) their child isn’t as bright as they thought they were, and their school isn’t quite as good as they thought they were.”

Speaking to CNN, Duncan said: “My wording, my phrasing, was a little clumsy and I apologize for that.”

Duncan said his point was that the goal is to prepare U.S. students for a “globally competitive work force” and to challenge education leaders to better explain to parents why higher standards are needed and what it takes to achieve them.

“I didn’t say them perfectly, and I apologize for that,” he added.

To BE a Democrat today (and for decades) is to lie. Lie, wreck the economy and health care and then apologize. The Democrats wink at each other constantly as they repeat known lies, much as Sen. Kirsten Gillibrand (D-NY): recently admitted: [2]that all Democrats knew Obama was lying when he assured Americans they keep insurance plans they liked, period.”

Liberal Democrats like Obama and Duncan hold the fundamental principles upon which this country is based in contempt, as well as the white women that dare live in the suburbs, married to a man; when they ought to see it as their civic duty to move to the inner city, pay higher taxes to support a larger welfare State, ride mass transit and let Uncle Sam be daddy.

At their core, Obama apples are rotten and eaten through by worms.

And they wouldn’t know a “higher education standard” if it smacked them in the face. Witness Ivy League-educated Barack Obama’s tour of the 57 United States…

This post was used with the permission of Joe for America[3].