It isn’t just the tail-spinning University of Missouri and Evergreen State. Colleges that succumb to social justice warriors will all pay a price:

Universities known for being hotbeds of campus protest and liberal activism are struggling with declining enrollments and budget shortfalls, and higher education analysts say that’s no coincidence.

Take Oberlin College. According to a document leaked to The Oberlin Review, the school’s student newspaper, the small liberal arts college famous for social justice hoaxes has had trouble attracting and retaining students, missing this year’s enrollment mark by 80 and racking up a $5 million budget deficit in the process.

Among the ways Oberlin College has reduced itself to a laughing stock:

In February 2013, mass hysteria ensued after racist and anti-Semitic flyers and graffiti began to appear all over campus. Classes were canceled, meetings were held and students began to see racism around every corner, including when someone reported seeing a member of the Ku Klux Klan on campus. It turned out to be a woman walking around wrapped in a blanket to keep warm.

The racist flyers and graffiti predictably turned out to be a hate hoax perpetrated by left-wing students.

Rather than admit the whole thing was a hoax and move on, the Oberlin administration doubled down on a social justice agenda, including the implementation of a privilege and oppression “reorientation” for first-year students.

In the ensuing years, Oberlin students would go on to make frequent demands of the university, ranging from the end of culturally appropriated meals at the dining hall, such as General Tso’s chicken and sushi, to the elimination of grades below a C.

In 2015, after the University of Missouri protests, the Oberlin Black Student Union issued a 14-page letter making 50 demands of the administration. They included exclusive “safe spaces” for black students and the elimination of graduation requirements for classes in Western civilization.

Then came the episode of the black Oberlin student who got caught shoplifting wine at Gibson’s Bakery.

The Black Student Union, Oberlin Student Senate and College Democrats spearheaded a boycott of the bakery and organized protests outside of the store. Even the Oberlin administration, responding to calls from Black Lives Matter supporters on campus, stopped purchasing goods from the bakery.

According to the ideology prevailing at Oberlin, it is racist to prevent People of Politically Preferred Pigmentation from shoplifting from capitalist exploiters.

The rest of academia isn’t far behind in the race to achieve maximum moonbattery — and the consequent financial ruin, as students who want to learn something more useful than sensitivity training head elsewhere for their education.

Big Academia is obscenely expensive and corrupt to the core with pernicious hard left ideology. The free market will produce superior alternatives. 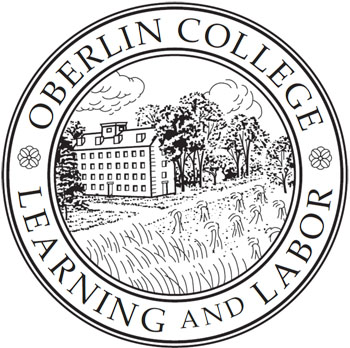