Parent BEATS UP TEEN at High School – Gets Arrested [VIDEO] 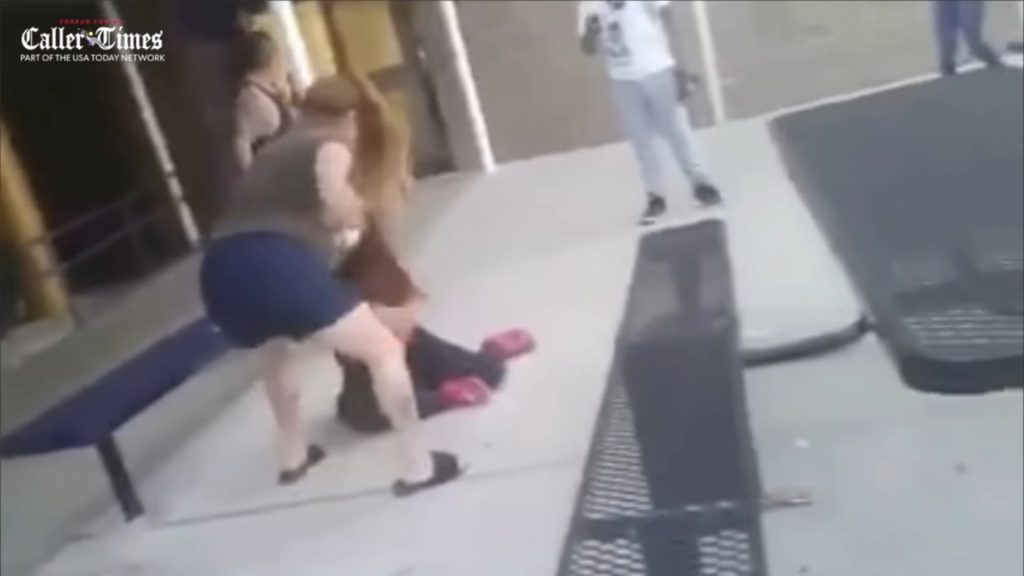 In Texas, a parent has been arrested for fighting a high school student according to police reports.

Mary Alice Hernandez has since been charged with assault causing bodily injury in Corpus Christi after footage of her attack started to spread. 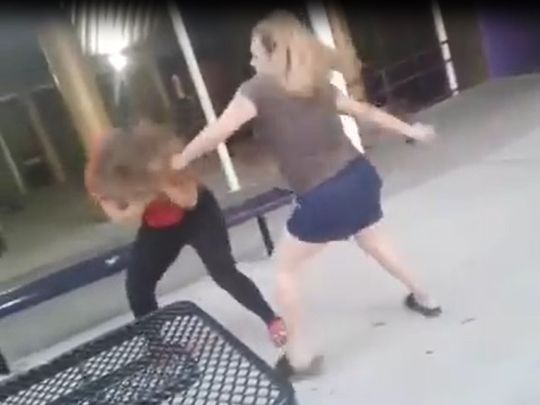 The 34 year-old Hernandez was found after the mother of the student being beaten in the video below put it online as part of her public plea to find the person who hurt her daughter. The mother who posted the video, Julie Piñon, wrote a Facebook post explaining what had happened, saying that the woman who is assaulting her daughter in the video was able to overpower her because her daughter “didn’t want to hit [Hernandez] because she didn’t want to disrespect her since she’s an older woman.”

The event happened at a high school in Corpus Christi and it wasn’t long til Hernandez was recognized and reported. The police chief, Kirby Warnke, said at the time the video was posted that they were “actively looking for” Hernandez, who is now enjoying some time in the Nueces County Jail with a bail set at $25,000.

Piñon said that her daughter had previously been in a fight with Hernandez’s child, but at this time we are not sure what caused that battle either.

I can never imagine what would go through the head of an adult with such poor reasoning skills as to jump immediately to violence as the solution to whatever petty high school issue is being hashed out here. You’d have to have brain damage to have such a hair trigger. I can’t imagine she’s a good mother to her own child if “severe beatings” is her solution to conflict.

The video, which was filmed on a cellphone by a fellow student, shows Hernandez striking the high school student in the head repeatedly outside of the school building, but still on the grounds. The film clip shows Hernandez beating the girl into the ground before running off.

This certainly isn’t the first time and it won’t be the last time that a high school knock-out is captured on camera. For something nicer than that, here’s a one-minute, 25-second video of one high school teacher who managed to calm down students looking to start a fight. The two students stood up at their desks and are sat back down again within a few seconds of their teacher laying down the law before lecturing the rest of the class. Give that man a raise.[3]