Principal Fired For Telling Kids To Speak English at School

If you need evidence not just that we’re no longer able to assimilate immigrants in our country, but that liberals want Hispanic Americans to fail, this story is as good as any. 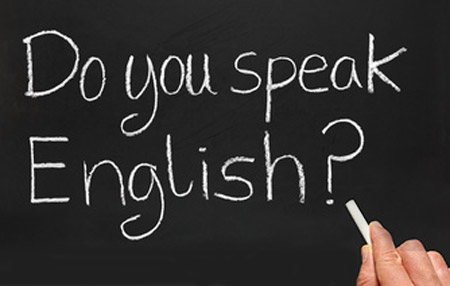 The Hempstead school board won’t renew the contract of a principal who instructed her students not to speak Spanish, in a rapidly-evolving district where more than half of the students, like many Texas schools, are now Hispanic.

Hempstead Middle School Principal Amy Lacey was placed on paid administrative leave in December after reportedly announcing, via intercom, that students were not to speak Spanish on the school’s campus. The Hispanic population of the rural area, roughly 50 miles northwest of Houston, is growing quickly, and Latino advocates say that it’s important to allow Spanish in public schools.

“When you start banning aspects of ethnicity or cultural identity,” says Augustin Pinedo, director of the League of United Latin American Citizens Region 18, “it sends the message that the child is not wanted: ‘We don’t want your color. We don’t want your kind.’ They then tend to drop out early.”

Such fast growth is pervasive in Texas, says Steve Murdock, a professor at Rice University and director of the Hobby Center for the Study of Texas. Half of all Texas public-school students are now Hispanic, he notes. “When you look at issues related to education in Texas, to a great extent, you’re looking at the education of Hispanic children.”

Since when does the “education of Hispanic children” in America not include teaching them to speak English? Granted, if you view Hispanic kids as a bunch of future maids, strawberry pickers, and gardeners, then becoming proficient with English isn’t that important. Worse yet, if these kids get good enough at English, they might be able to get posh jobs, start making money, and vote Republican. Better to keep them speaking Spanish AT SCHOOL, so they have a ceiling on their efforts, spend their lifetime blaming “racism” for their failure and end up voting Democrat. Let me just tell you, anyone who’s fighting to keep a kid from speaking Spanish in America has that kid’s best interests at heart.

An Interview With Warren Farrell, The Author Of “Why Men Are the Way They Are.”[2]