What blockhead in Kentucky decided this was the way to go?[1] In Johnson County, the school district has censored an elementary production of “A Charlie Brown Christmas.” They have ordered all schools to remove anything that has even the slightest religious reference connected to it before Christmas productions begin. If you can believe it, they replaced “Silent Night” with “Whip/Nae Nae” as a song. I don’t even know what that is and don’t want to. A teacher was ordered to remove the scene where Linus shares the true meaning of Christmas by reading from the Gospel of Luke. This just infuriates me. It moves far beyond political correctness and right into a violation of the First Amendment. 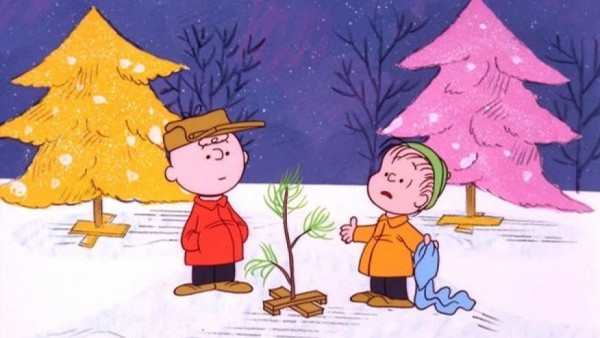 There are some days when this anti-Christmas nonsense is enough to make you deck somebody’s halls.

The latest yuletide lunacy comes from Johnson County, Kentucky where the school district has censored an elementary school presentation of “A Charlie Brown Christmas.”

The district also ordered other schools to remove all religious references from their upcoming Christmas productions.

At one school, “Silent Night” was replaced with a Christmas version of the “Whip/Nae Nae” song.

Yes, good readers — apparently that is a real thing.

This all happened because a single complaint was supposedly filed. I’m not buying it. The superintendent who is a Christian says he is following the advice of attorneys. The lawyers can get stuffed. This man obviously has no character and no conviction in his faith and the Constitution. Baptist preacher Tom Winston is exercising his freedom of speech and religion by protesting outside the school. I doubt the Grinches inside will be swayed. They are quoting the Supreme Court who is mostly Marxist these days and certainly not Christian. The district’s religious cleansing of Christmas caught the attention of Alliance Defending Freedom, a law firm that tackles religious liberty issues. They wrote a letter on behalf of a parent whose daughter is a cast member in the show — urging the district to reconsider the censorship. “There is no violation of the so-called ‘separation of church and state’ by allowing children to learn about theater and the origins of Christmas through participating in a stage version of this beloved program that contains the same religious elements as the television version,” ADF Senior Legal Counsel Jeremy Tedesco wrote. “Moreover, students may learn about the religious origins of Christmas as part of school activities without offending the Constitution,” he added. Pastor Winston said it’s time for people of faith to take a public stand and demand the district do the right thing. Good Grief! doesn’t quite cut it here, does it?