School Says Teen’s Breasts Are Visible Through Shirt, But She Disagrees

Dress codes have been around literally forever; whether for work or for school, it’s not unusual to have rules about what attire is or isn’t appropriate. But now, with too many parents willing to spoil their snowflake children, there are constantly teenagers screeching about how they shouldn’t have to abide by a dress code. The latest example? A Montana student who is fighting for her “right” to go braless at school[1]. 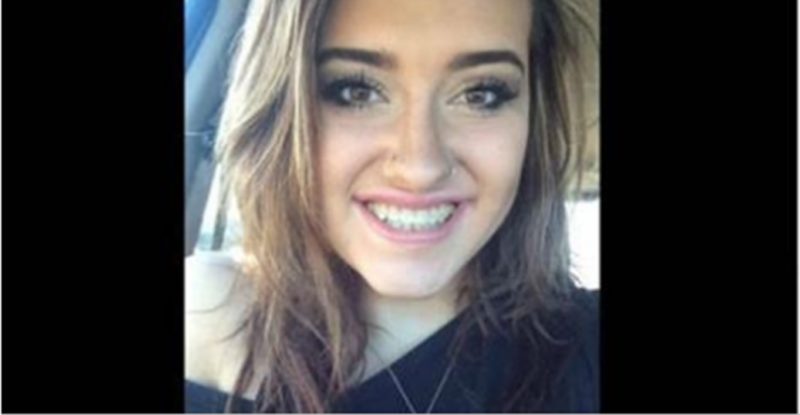 Kaitlyn Juvik attends Helena High School and decided to forgo wearing a bra one day. At least one student complained, saying that it made them uncomfortable and Juvik was given a dress code violation, and asked to change her clothes. Instead of considering that maybe she was in the wrong, Juvik decided to fight back.

“What I was confronted about was wrong,” she complained. “As long as nothing is showing and you’re covered up, girls should not have to wear a bra.” Other students apparently agreed, creating a Facebook page called “No Bra, No Problem”, with the description stating, “The movement for gender equality, women’s rights, & being comfortable. Against discrimination in schools, we focus on the right for girls to go braless.” Over 32,000 people have “liked” the page to show their support. And Juvik has even taken to giving speeches in front of the school to make her point. 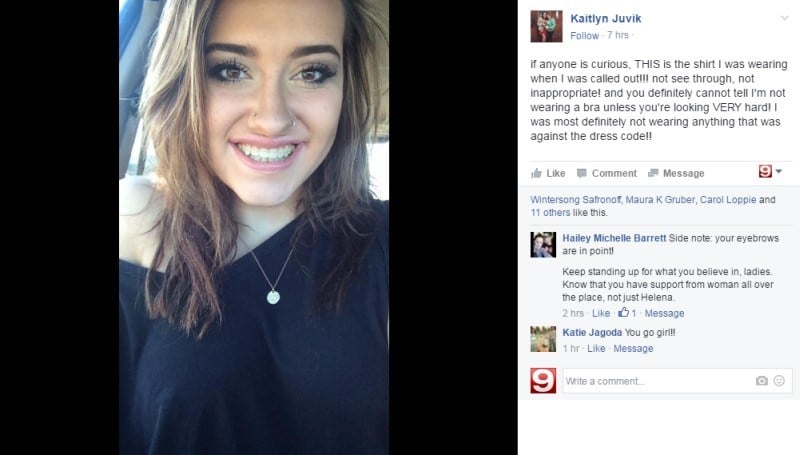 “The fact that I was told it makes people uncomfortable offended me because it’s my body,” she said to a gathering of people at the school. “It is my natural body and I’m not sure why that is uncomfortable to somebody.” As for Juvik’s mother, she stands behind her daughter’s “right” to go braless. “I stand behind my daughter 100%! I am very proud of the point she is trying to make and the movement that she and her friends have created,” her mother wrote on the Facebook page. “This movement is not just about wearing/not wearing a bra. Our daughters are body shamed and sexualized on a daily basis. We need to teach them to be comfortable in their own skin and not feel like they have to hide under their clothes. The schools have bigger fish to fry than worrying about whether or not my daughter is wearing a bra! Ask your daughters if they wear a bra on a regular basis, I think you will be surprised by the answer!”

Would you support your teenage daughter in not wearing a bra to school?