One hundred and fifty 8th grade students at a public school north of Milwaukee were given a “privilege test” that has parents reeling. 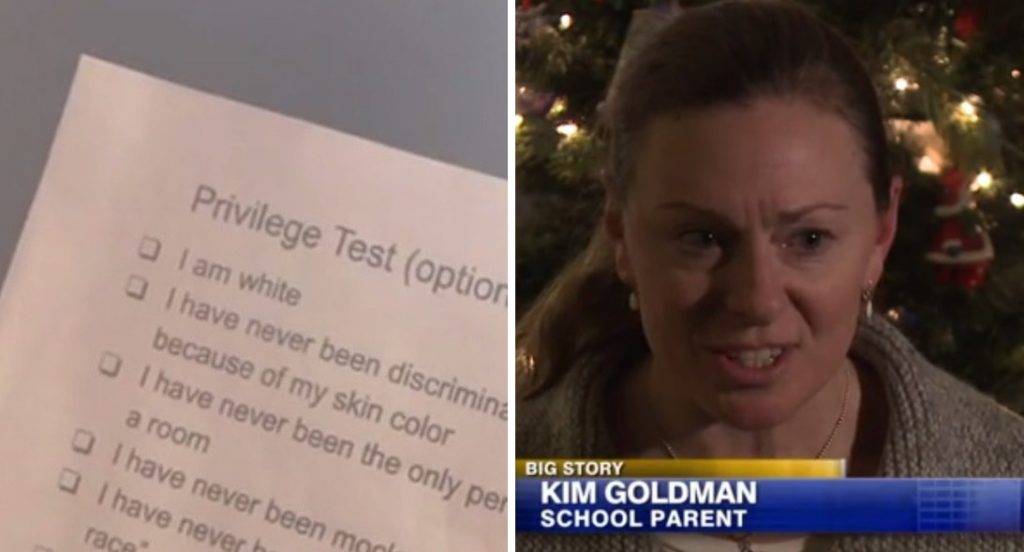 Badger Middle School is located in West Bend, Wisconsin and has just under 1,000 students and according to SchoolDigger[2], a site that rates metrics on over 120,000 schools in the United State, has a student population that is approximately 88.3% white, 5.3% Hispanic and 2.9% African American.

In December, the students were given an “optional activity” that asked students to tick off boxes indicating whether they have “privilege.” The questions appear to be designed to corner students who are white (which, again, is almost 9/10th of the student population) and whose parents are still married to each other to feel guilt over their situation. 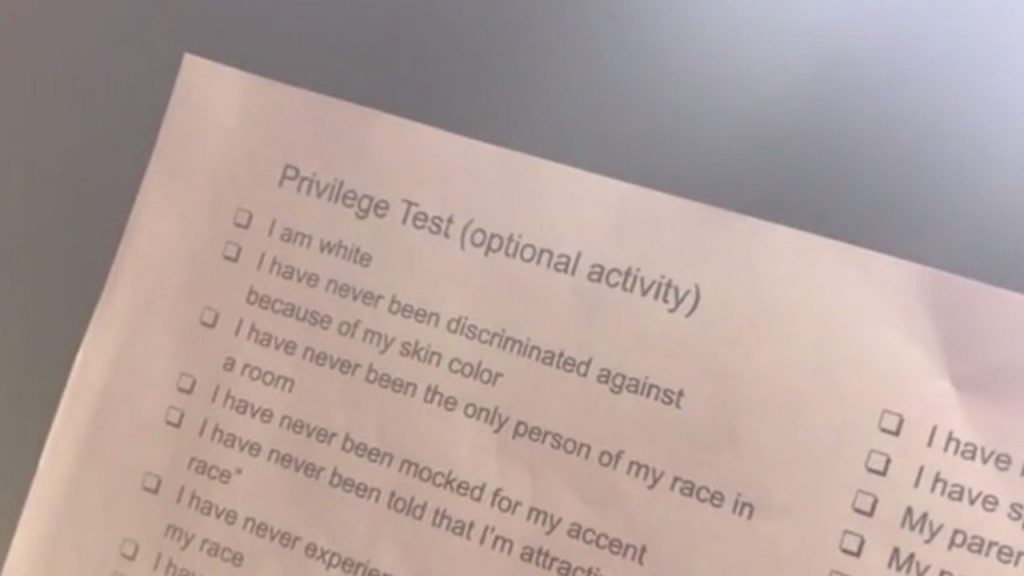 The questions include the following “privileges” that you should check off:

“Mocked for my accent?” Wisconsinites are mocked for their accent all over social media already. And when you’re in grade 8, you’re maybe 13 years old. Isn’t that a little young to be discussing your sexuality, when half the boys are still shorter than the girls because they haven’t hit their growth spurt yet? 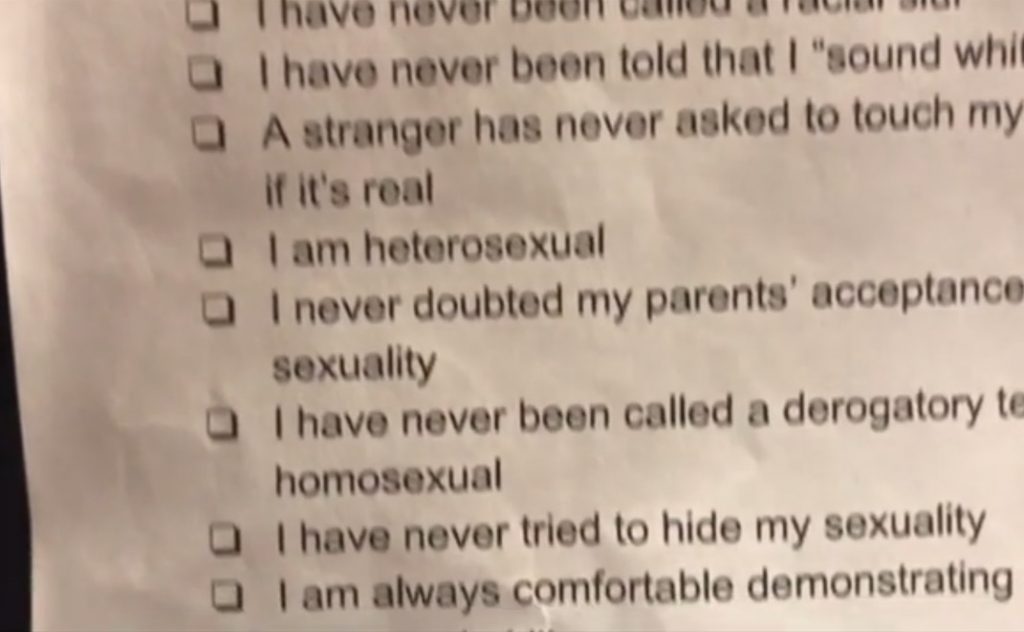 The point of the test, according to teachers, was to “start a conversation about privilege” after the students read through the book To Kill A Mockingbird, because the clear racial issues discussed in the book apparently aren’t enough for the teachers, who want to go the extra mile and make sure that their students feel guilty. How about a test that asks students if they know that Jim Crow laws were brought in by Democrats[6]?

One parent, speaking to local media said that a lot of the children didn’t “even understand what most of it means.” She went on to question the age at which they’re teaching these terms and behaviors, saying her daughter, who is in grade 7 at the school, but is 13 years old “doesn’t know what being catcalled means.”

According to local news, four English teachers “abruptly” resigned from the school district. News reports at the time suggest that the teachers were protesting against a new curriculum that was due to start next year — that is, the school term that is going on right now. Students speaking to media said that the teachers were protesting the curriculum, but the District itself refused to comment.

English teachers resigning in protest because they refuse to teach an English curriculum and months later students in English class are asked to admit that they have white privilege? Curious.