Apparently, some student groups are more “equal” than others. A white student union is shut down by the school. This isn’t a huge surprise, really, but the liberal left basically says what is good for the goose ain’t necessarily good for the gander[1]: 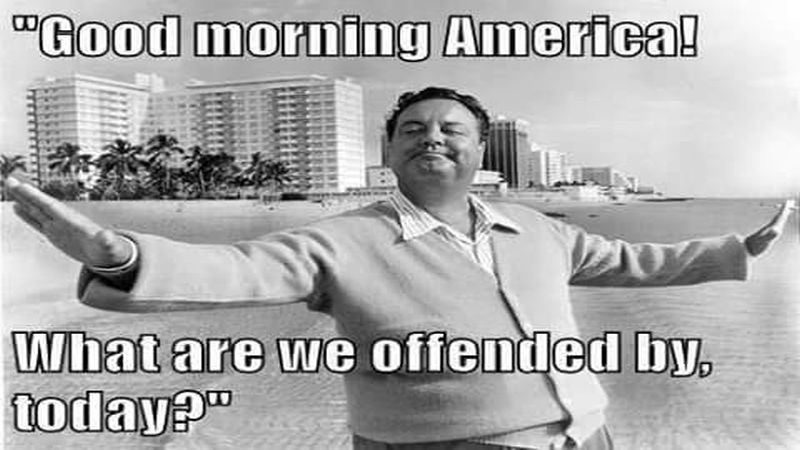 In response to Black Lives Matter protests on campus, an ‘Illini White Students Union’ group was formed on Facebook ‘for white students of University of Illinois to be able to form a community and discuss our own issues as well as be able to organize against the terrorism we have been facing from Black Lives Matter activists on campus.’ And, in just a matter of hours, under pressure by the university, the page was shut down by Facebook.

A Facebook page ostensibly created for an audience at the University of Illinois at Urbana-Champaign called “Illini White Students Union” has drawn fire after it characterized the national Black Lives Matter movement as “terrorism.”

As y’all know, this is not the first time the Black Lives Matter movement has been accused of terrorism. In addition to its now-infamous “Pigs in a blanket, fry ’em like bacon” chants, we’ve written previously about some of the movement’s ventures into all-out hate speech and calls for violence. Such as the call to lynch and kill whites, issued by the Black Lives Matter sub-group FYF911. Certainly, some might confuse these types of hateful calls to action with terrorism.

Created Wednesday after a protest sympathetic to Black Lives Matter, the page declared itself “for white students of University of Illinois to be able to form a community and discuss our own issues as well as be able to organize against the terrorism we have been facing from Black Lives Matter activists on campus,” as the Daily Illini reported.

The page did not last long in its original incarnation, but was taken down after three hours. It has since been revived here[4].

“We recognize the right to free speech, and we encourage you to exercise that right when you see examples of racism, discrimination or intimidation on our campus,” Interim Chancellor Barbara Wilson, who called the page “extremely disturbing,” wrote in a message Thursday to the student body.

In an anonymous message to the News-Gazette, the page’s administrator discussed Black Lives Matter.

“We feel they disrupt student daily life and activity far too much,” the message read, saying that movement “marginalizes” white students. “… We are in the United States and not Africa and we don’t desire to have an African flag on campus.”

The current page is bare bones — just a few links to news stories about the controversy with an image of a statue on campus. The “about” section dedicated the page to “White Pride and a safe place for White students,” according to the News-Gazette, though that page appeared to have changed.

Student or not, university administrators strongly denounced the effort. Not only was the page offensive — it used the university’s trademark without permission.

“It is disturbing and cowardly that someone would create an anonymous and senseless social media page specifically designed to intimidate others, including and especially our students. When we became aware of the page, we immediately contacted Facebook and requested that it be removed,” campus spokesman Robin Kaler wrote in an e-mail to the Daily Illini. “Facebook has been responsive to our requests, but the page continues to be reposted. We are continuing to work with Facebook to address this matter. We recognize that passions run deep on all sides of many issues, but actions like this are senseless and hurtful and do nothing to foster meaningful dialogue.”

Commenters’ views of the page differed.

“It is so sad to see that such ignorance still exists in 2015,” one commenter wrote. “The creator and supporters of this page are pathetic. These people are cowards that hide behind an anonymous account. Grow up.”

“As a Mexican American I do not find this page racist or in poor taste,” another wrote. “It’s only fair that you are allowed to have your own page and the same rights to freedom of speech as black Illini students have.”

In a Facebook message to The Washington Post, one man who posted a message in support of the white students union explained his thinking.

“What I do like about it is they are fighting for the rights of the white man which are dwindling faster than a rabbit on meth!” Alan Scroggins, a 37-year-old stay-at-home dad from Rantoul, Ill., wrote. “I’m not racist, but I’m proud of my heritage! You know!”

Asked whether he was concerned the page might be considered racist, Scroggins said “not really.”

“The second a white guy says anything about being proud he’s labelled anyway!” he wrote. “Trust me I don’t hide my pride!”

“Every ethnic group has its own advocacy group but white students don’t,” senior Matthew Heimbach said at the time. He added: “Any time there’s a group with conservative principles and white students standing up for themselves, it’s a battle cry for radical leftists on campus. … There’s nothing I could do or say … to try and get these people on the same page as us.”

Just for clarity – I am all for student groups standing up for their beliefs system, even if I do not agree. However, this seems to be a pretty intense double standard. This only causes MORE issues in addition to being patently unfair.

So hey, maybe lighten up a bit and let them have their group?