A teacher from Utah ADMITTED the unthinkable – she had sexual contact with three of her students. Not only that, she had the gall to defend her actions from behind bars while lashing out at the parents of one of her teenage victims. This woman is some kind of crazy.[1] 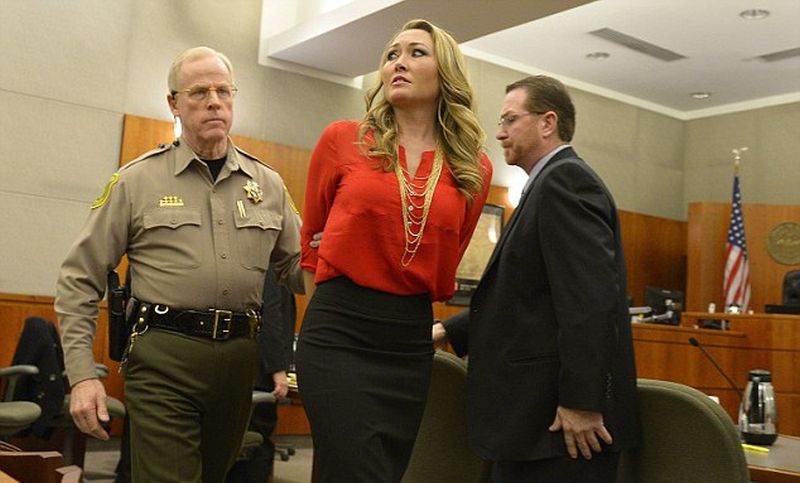 Brianne Altice, 37, of Salt Lake City responded to a lawsuit filed against her and the Davis School District in December by one of her victims and his parents saying that they failed to attend her parent-teacher conferences and that their son often complained about his strained relationship with the two.

She also shot down claims that she wore ‘risque’ clothing in the classroom saying that there she had never received any complaints about her work attire.

Altice, who is serving a minimum of two years in prison after pleading guilty last April to three counts of forcible sexual abuse, also said that she had no ‘evil or malicious intent’ by having sexual contact with her three victims.

Altice said she wrote the two-page letter that was submitted to the court last month in response to the lawsuit because she cannot afford legal counsel. 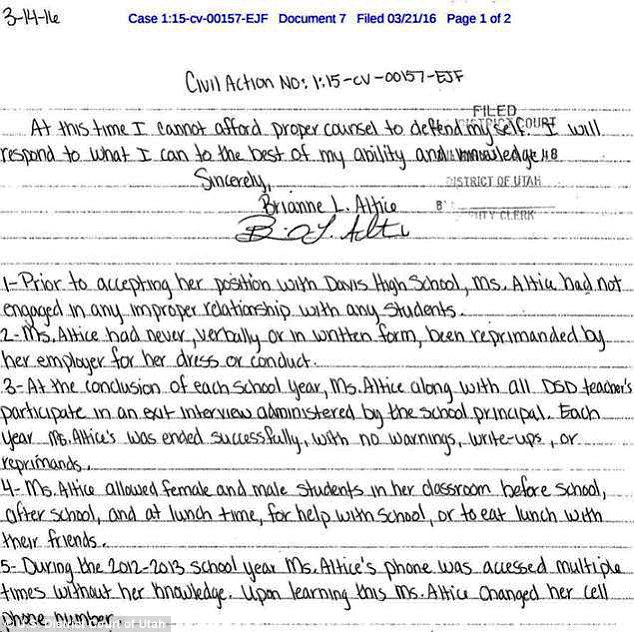 In the letter, obtained by The Salt Lake Tribune,[4] she also responded to allegations that she allowed the boys to skip class and hang out with her, saying that she frequently let both male and female students spend time together in her classroom before and after school and during their lunch hour.

The initial complaint claims that employees at the school told administrators about Altice’s inappropriate behavior with male students and they chose to ignore the problem.

Attorneys for the school district have denied this claim.

The lawsuit also claims that Altice’s rampant romps were so blatant that the question ‘Who is Ms. Altice sleeping with now?’ became a running joke throughout the school.

The young man who filed the lawsuit was 16 years old the first time he engaged in sexual contact with Altice.

According to Altice’s letter the boy would often help ‘thwart inappropriate comments directed at her’.

She said her victims would also frequently tell her ‘you’re hot’ and ‘you’re sexy.’

In December, a state court judge also tossed out a lawsuit filed by one of Altice’s other victims.

A school district attorney argued that the district is immune from liability under state law that exempts state entities for physical and emotional harm suffered as the result of physical battery.

Police say Altice befriended the boys while they were students, eventually progressing to three separate sexual relationships, meeting the teens for sex at parks, in cars and at her home while her husband was away.

This woman is absolutely SICK. I can’t believe this is the kind of predator that is somehow able to get close to our children and take advantage of them sexually. There is a special place in hell for her that awaits and I am sure she has already figured out the warm reception that her fellow inmates give child molesters.