U.C. Berkeley Will Provide Counseling to Help Snowflakes Recover From Ben Shapiro Being Allowed to Speak

University of California, Berkeley — home of the Free Speech Movement — is so open-minded that it will actually allow mainstream conservative Ben Shapiro to speak to a limited number of students on Thursday. This is a very big deal, so educrats are making special arrangements:

Those “arrangements” to meet the “unusual challenges” include 1) shutting down multiple buildings and parking lots to create a “closed perimeter” around Zellerbach Hall, where Shapiro is speaking; 2) providing “alternative options” for faculty, staff and students so they can try to engage “in their regular academic activities without fear” of violence erupting; 3) imposing special restrictions on tickets and IDs; and 4) offering “support and counseling services for faculty, staff and students.”

Faculty, staff, and students won’t need counseling to recover from the shock of hearing Shapiro undermine their beliefs by making arguments for individual liberty. They will never hear those arguments, unless they voluntarily come to his speech, which most of them would only do to shout him down. The counseling is needed because the very notion that someone would be allowed to express views on campus that do not conform to prevailing hard left dogma is too traumatic to be endured without professional help.

According to campus liberals, speech with which they disagree is literally violence, so permitting it is bound to take a toll on their fragile psyches.

Maybe they will call in the Feelings Matter Brigade.

Incidentally, Ben Shapiro is hated by the Alt Right for his attacks on Trump. Yet Antifa flyers floating around Berkeley accuse him of “fascist intellectual thuggery in the service of the Trump/Pence fascist regime.”

Progressives have progressed to the point of becoming hilarious parodies of themselves. Yet still they keep on progressing. 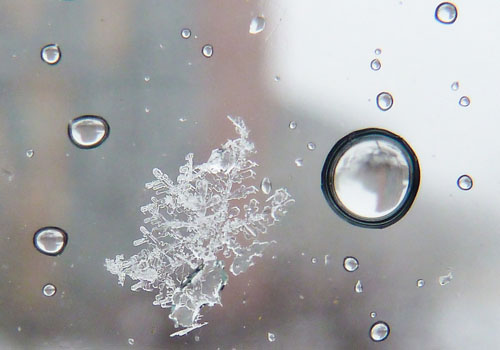 Snowflakes melt upon learning that dissent is still permitted.

On tips from TCS III, Varla, and Jester. Cross-posted at Moonbattery.