Bruce Vento Elementary School[1] in Minneapolis has just banned Valentine’s Day, Halloween, Thanksgiving and Christmas so they won’t offend Muslims. Parents are outraged and I don’t blame them. My kids would be out of that school pronto. The principle should be fired period. This is beyond ridiculous… it is offensive. According to EAG News: “Masini’s letter states the decision was made in consultation with the school staff, but at least one person who posted online said the principal “is under an immense amount of pressure from many of his own staff who dispute his decision.” I’ll bet. This is nothing short of bowing before Sharia law. 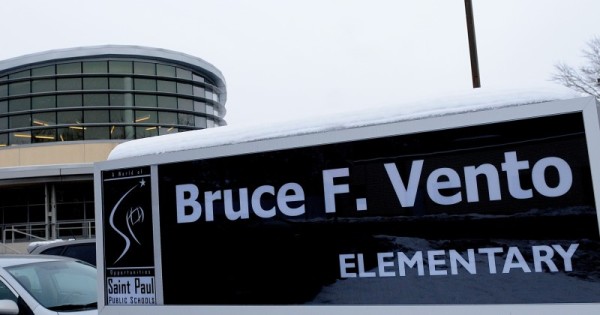 “I have come to the difficult decision to discontinue the celebration of the dominant holidays until we can come to a better understanding of how the dominant views will suppress someone else’s view,” principal Scott Masini wrote in a letter to parents.

Masini said the decision was based on his concerns for “tolerance” and “respect,” prompting a backlash from parents who told the Minneapolis Star Tribune[3] that the move was “very sad” and “totally ridiculous”.

The St. Paul school district has spent almost $1.5 million dollars on “white privilege” teacher training which includes treating shouting out in class as a “black cultural norm” while characterizing being on time as a white cultural stereotype. They are loony tunes there and totally out of control. While this principle wrings his hands over whether school holidays celebrated for decades are now “encroaching on the educational opportunities of others and threatening the culture of tolerance and respect for all,” other teachers say they’ve managed to find a way to preserve traditional holidays while also remaining “inclusive.” “Children are predisposed to have fun, and once we take those opportunities away, learning suffers,” said Thomas Scarice, superintendent of Madison Public Schools in Connecticut. “While being sensitive to backgrounds of all different folks, I think school should be a place that children want to run into every morning rather than run out of every day at 3 p.m.” So true. Parents and their children should run away from that school in Minneapolis as fast as they can.