UNHINGED Liberals Threaten And Harass Fellow Students Because They Support…

Looks like free speech[1] at Portland State University doesn’t exist any longer. Black Lives Matter protesters were allowed to storm a Students for Trump meeting and shut it down. They were joined by socialists and communists who then mocked the students that they would come back if they held more meetings. They tried to identify all the students there as well. The videographer was even accosted, but stood his ground. As Laughing at Liberals described the video on YouTube: “It was utter chaos at Portland State University Thursday evening, as over 100 wackjob commie students crashed the forming meeting for Students For Trump. Fights nearly broke out, doxing and vandalism threats were issued to Trump supporters, Latino students were shoving the Trump students out of the way, another student encourages others to join anti capitalist groups, they shut down and silenced the pro Donald Trump group, mocking their talking points, whined about TRUMP chalk on the sidewalk, and it ends with the socialist students gloating about shutting it down and promising to come back if Students For Trump holds another meeting.” You call that observing freedom of speech? It’s a clear violation of those students’ rights and every activist who assailed them should be expelled for it. Waiting. 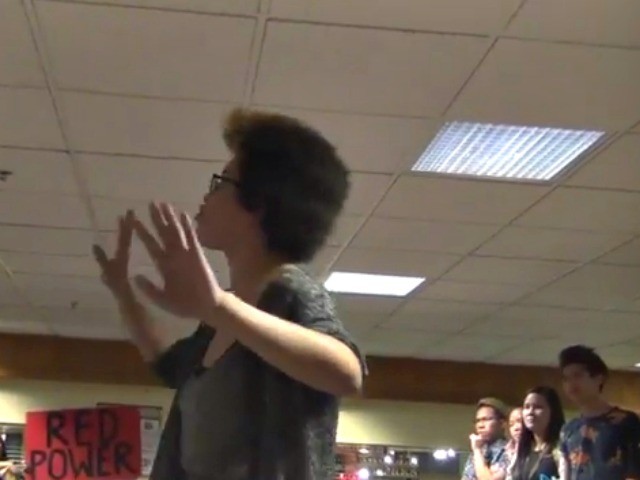 Leftist students stormed a small pro-Donald Trump meeting organized by his supporters at Portland State University, harassing and verbally abusing them until the meeting dissolved.

That’s how the left – especially on college campuses – get their way now: through intimidation and harassment.

The group “Students for Trump[3]” at Portland State University (PSU) announced their meeting on their Facebook page for Thursday at the student union.

But instead of a small, peaceful gathering of Trump supporters, dozens of leftist student protesters stormed the meeting, representing “students of color,” pro-minimum wage groups and pro-gun control groups, the PSU Vanguard is reporting[4].

Over 100 of these fascists stood outside and forced their way in to confront the Trump supporters. I don’t support Trump, but I do support the Constitution and these students had every right to peacefully assemble. How dare these racist commies bully others into silence. It ticks me off. People were facing off and this could have easily ended in brawling and violence. Hispanic students were shoving Trump supporters. The commies even had the nerve to recruit while this was going down. Word on campus is[5] that the organizer of the Students For Trump meeting called campus security after the fight nearly broke out, but security refused to act and never sent any officers. There’s no verification on that, but it would not surprise me. Things are beginning to spiral even more out of control. This lack of tolerance and fascism needs to be halted. Shame on the university for not taking action on this. 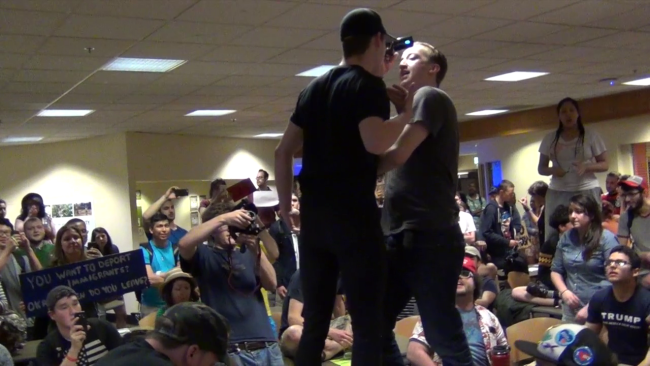