University of Illinois Blows $60 Million per Year on Diversity

There is a price to be paid for the obsession with advancing “diversity” on college campuses — not just in terms of lower standards and the pandemonium that results (e.g., here, here) when students are there not to learn but to be black, but a direct monetary cost:

The University of Illinois spends more than $60 million on diversity efforts every year, according to a recent independent report commissioned by the university that also noted the public institution has redundant and overlapping diversity expenses that could and should be streamlined.

It gets harder all the time to tell academia apart from its sibling Big Government.

The report claims that “more than $60 million is invested in diversity and inclusion” at UI, with “over 80 percent” being earmarked for scholarships.

That is, students are paid to belong to or to identify as belonging to select special interest groups favored by liberals.

“It was not clear,” the report claims, “how these resources are prioritized for allocation and/or assessed for outcomes.”

Who cares about outcomes? The goal is to feel self-righteous about throwing other people’s money at diversity. Once the money has been wasted, mission accomplished.

What exactly is diversity? No one at UI seems to know.

In their report, the review team also noted that, at the University of Illinois, “there was not a clear, overarching understanding of the definition of diversity.”

This should work: if you can be pigeonholed into a demographic group that votes overwhelmingly for Democrats, you are diverse. But rather than accept this simple definition, the educrats will probably choose to waste still more money on a study to determine what diversity is. 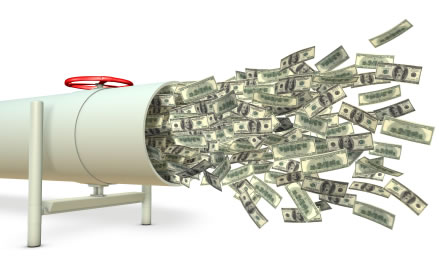