Imagine a student KKK group demanding a special space on campus where no blacks are allowed, so it could scheme against blacks without them learning what it is up to. Outrageous, right? Yet we barely bat an eye at this:

A student activist group at the University of Michigan [Students4Justice] is demanding campus officials provide them with “a permanent designated space on central campus for Black students and students of color to organize and do social justice work.”

The clamor for a segregated space for students of color to organize social justice efforts comes even as the public university builds a $10 million center for black students in the center of campus.

But as we know by now, way too much is never enough to satisfy campus moonbats, who have learned that the more belligerently they bellow their outlandish demands, the more obsequiously these demands will be granted by fellow-traveling educrats.

In their demands, students explain why the new black student center is not enough, “because we want a space solely dedicated to community organizing and social justice work specifically for people of color.”

If I didn’t know better, I would think that was racist. Isn’t it the worst thing in the world to be racist?

The same organization that criticizes the University for failing to create “an environment that engages in diversity, equity and inclusion,” is calling upon the University to undermine these ideals by facilitating a sort of de facto segregation? One where space and resources are designated for students based solely on the color of their skin?

Other demands by Students4Justice include more race-based faculty hiring.

This idiocy would end quickly if universities would discard Affirmative Action and only accept students with the aptitude and motivation to learn, rather than fritter away their time behaving like hooligans. 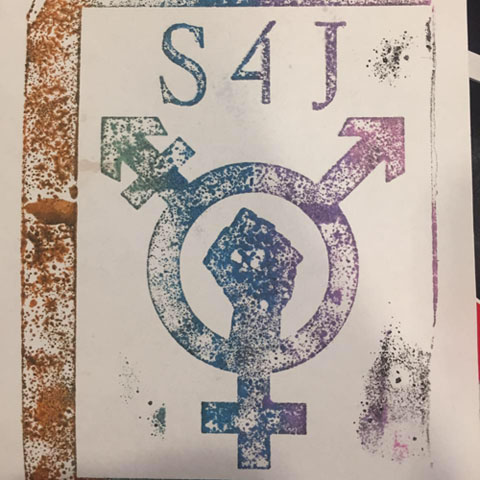 Looks like Students4Justice is on board with the transsexual agenda.

On tips from Artfldgr, J, and Stormfax. Cross-posted at Moonbattery.