One of the basic fundamentals of education is grading. Students are expected to study, do their homework and learn the material — and if they don’t, their grades will reflect that. But in today’s world where avoiding hurt feelings reigns supreme, grades can be problematic. So one college professor decided to let students pick their own grades… but then changed his mind and reversed the policy[1]. 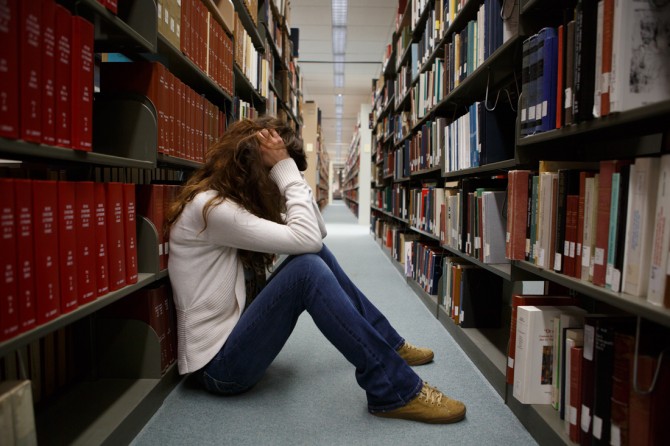 University of Georgia Professor Richard Watson wrote a syllabus that allowed students “unduly stressed by a grade” to e-mail him with an explanation and then choose their own grade — and he would change it, no questions asked. He also said that all tests would be open-book and that he would only test for “low-level mastery” of the material.

“If in a group meeting, you feel stressed by your group’s dynamics, you should leave the meeting immediately and need offer no explanation to the group members,” the syllabus also read. Students could instead “discontinue all further group work” and instead have their grade “based totally on non-group work.”

Unsurprisingly, the syllabus got a lot of blowback, albeit not likely from the students who were probably thrilled about taking such an easy course. The university itself soon announced that the syllabus didn’t meet the expectations of “academic rigor” and had been changed. “The professor has removed this language from the syllabus,” Executive Director of Media Communications Greg Trevor said. “In addition, the University of Georgia applies very high standards in its curricular delivery, including a university-wide policy that mandates all faculty employ a grading system based on transparent and pre-defined coursework.”

But that wasn’t all. Benjamin Ayers, the Dean of the Terry College of Business at the University of Georgia also slammed Watson for the syllabus. “The syllabus stated that his grading policy would allow students inappropriate input into the assignment of their own grades. I want you to know that the syllabus did not conform with the university’s rigorous expectations and policy regarding academic standards for grading,” Ayers said in a statement.

“Rest assured that this ill-advised proposal will not be implemented in any Terry classroom,” he warned. “The University of Georgia upholds strict guidelines and academic policies to promote a culture of academic rigor, integrity, and honesty.”

Would you agree with a pick-your-own-grade policy for college students?