We must be ever vigilant against racism, because it is everywhere. Now it comes to light that even grammar is racist:

An “antiracist” poster in a college writing center insists American grammar is “racist” and an “unjust language structure,” promising to prioritize rhetoric over “grammatical ‘correctness.’”

The poster, written by the director, staff, and tutors of the University of Washington, Tacoma’s Writing Center, states “racism is the normal condition of things,” declaring that it permeates rules, systems, expectations, in courses, school and society.

“Linguistic and writing research has shown clearly for many decades that there is no inherent ‘standard’ of English,” proclaims the writing center’s statement.

This is equivalent to atheists taking over a church and issuing proclamations that there is no God.

Yet again we see that there is no aspect of civilization that will not be deliberately destroyed from within as leftists continue to consolidate power following their long march through the institutions.

When utopia is achieved, we will gibber like monkeys, having been liberated from the racist shackles of grammar, syntax, et cetera.

In an article accompanying the poster, the University of Washington, Tacoma revealed Friday that Dr. Asao Inoue, director of the writing center, is behind the new push for social justice.

On his Tacoma faculty page, Inoue states that he does “research that investigates racism in writing assignments.”

Looks like “sensitivity reader” is an occupation with growth potential, at least until we reach the point where no one reads books because they are just a jumble of ungrammatical, self-indulgent nonsense.

Humpty Dumpty, far ahead of his time, has already applied this form of social justice to vocabulary. See how he combats racism by attacking meaning: 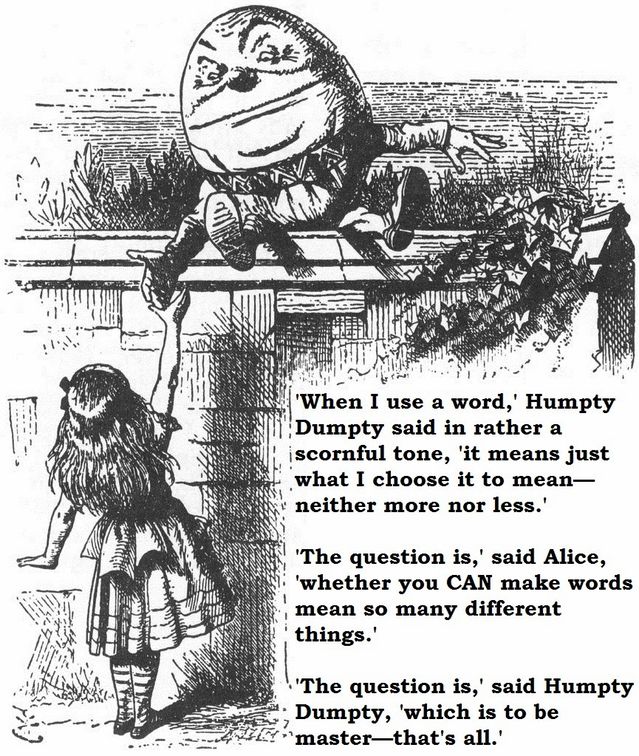