As George Orwell observed, “Freedom is the freedom to say that two plus two make four.” But in academia, 2 + 2 = whatever makes people who are not heterosexual white men feel empowered:

A Vanderbilt University professor recently complained in an academic journal article that the field of mathematics is a “white and heteronormatively masculinized space.”

In a recent article titled Unpacking the Male Superiority Myth and Masculinization of Mathematics at the Intersection, Professor Luis A. Leyva argues that factors such as teacher expectations and cultural norms “serve as gendering mechanisms that give rise to sex-based achievement differences.”

Citing the “masculinization of mathematics,” Leyva then suggests that the apparent “gender gap” in mathematical ability is socially constructed (as opposed to arising from inherently different cognitive abilities) and therefore a “myth of male superiority.”

Mathematics is no longer a matter of solving equations. Now it is about solving achievement inequities.

He concludes by expressing a hope that future analyses of gender in mathematics take a more “intersectional” approach, lamenting the fact that “intersectional considerations of mathematics achievement and participation shaped by whiteness and sexuality” were left out of many of the studies he reviewed.

Intersectionality theory from black feminist thought, he adds, can allow for “more nuanced analyses of gender” and its relation to mathematical performance.

So much for evaluating mathematical performance on the basis of coming up with the right answer.

They can destroy engineering with this lunacy, so of course they can destroy math. There is nothing that the corrosion of political correctness won’t ruin, because it targets sanity itself by forbidding the acknowledgment of objective reality. 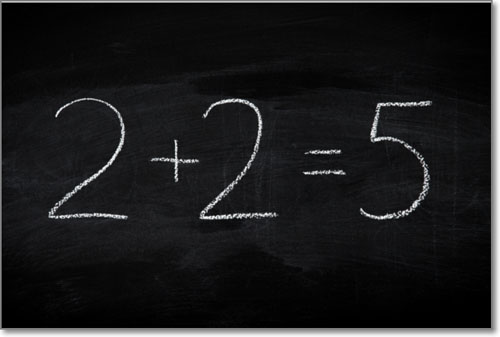 If a historically underachieving lesbian of color says so.

On tips from Sterling B, J, and ABC of the ANC. Cross-posted at Moonbattery.