BUFFALO, N.Y. — One might expect an abnormal amount of vanity among the privileged residents of Hollywood or New York City — but Buffalo, New York?

Yet for years, taxpayers have footed the bill for elective cosmetic surgeries for Buffalo teachers, based on the insistence of the teachers union. 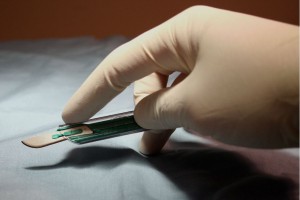 It’s not because they teachers are sustaining injuries on the job that affect their appearance, or because they are abnormally grotesque. It’s simply because the union-controlled school board won’t demand the perk be eliminated.

EAGnews reported[2]: in November 2012 that the Buffalo City School District spent $2.7 million in fiscal year 2011-12 for the “cosmetic rider” provision of the teachers’ health insurance plan. That rider stipulates the school district will pay for any elective cosmetic surgeries — you know, like face lifts, tummy tucks and boob jobs — union members may wish to have. :

That kind of wasteful spending in a district with a $50 million deficit is impossible to defend.

That money could have been spent on retaining laid off teachers, new textbooks, new computers or additional tutors for students.

That is the legacy of the corrupt relationship that frequently exists between teachers unions and the school boards they work hard to dominate through endorsements of union-friendly candidates.

Defenders say the policy goes back decades when all government employees — policemen, firemen and teachers — were all under the same contract. Those in harm’s way — policemen and firemen — arguably should have such a benefit. But when the employees were split out into different contracts, the perk followed the teachers.

So those not running into a burning building or staring down the barrel of a criminal’s gun get the same benefit as those who are.

And the union-friendly school board could never be bothered to get rid of the wasteful perk.

No wonder. The union has the election process down to a science: Recruit candidates, fund them, elect them, then negotiate with them. Where do the interests of students and taxpayers fit into the process? Your guess is as good as ours.

To read more installments of “The: Other: Labor History: What Kids Won’t Learn,”: click here[3].