Workers Dismantle Over 70 Unions in Wisconsin 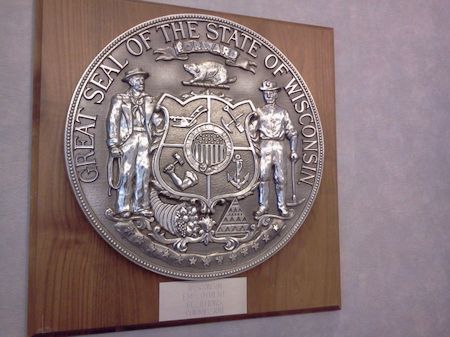 [Madison, Wisc…]: Workers rejected over 70 of 408 school district unions during annual recertification elections[2]: that ended on Thursday, according to a preliminary analysis of the results.

The elections went from November 29th until noon on December 19th and involved 408 collective bargaining units around the state associated with school districts. Workers cast their votes using a telephone voting system.

AFSCME Local 60 Council 40, including support staff in the Sun Prairie School District, was the largest union to be decertified. Only 135 of the 367 members voted to recertify.

Substitute teachers with the Milwaukee Teachers’ Education Association also decertified with 128 of 320 members voting for the union.

Under Act 10, public sector unions can only bargain for wage increases within the margin of inflation. A majority of each union’s members must also vote to maintain its certification with the state every year.

The Wisconsin Employment Relations Commission overseas that certification process. Prior to Act 10, the state did not maintain a comprehensive list of all public sector collective bargaining units. All WERC knows for certain is that 408 bargaining units associated with school districts applied for recertification this year.

The elections were originally going to run from November 1st to 21st, but that was delayed when Dane County Circuit Court Judge Juan Colas intervened.

This post was used with the permission of Joe for America[3].