During the Obama administration, it was not uncommon for American citizens to be jailed in foreign prisons, left to rot, while Barack Obama himself did nothing for years on end. One such example is Aya Hijazi, an American citizen, who has been jailed in Egypt for three years… until she was finally released this week[1]. 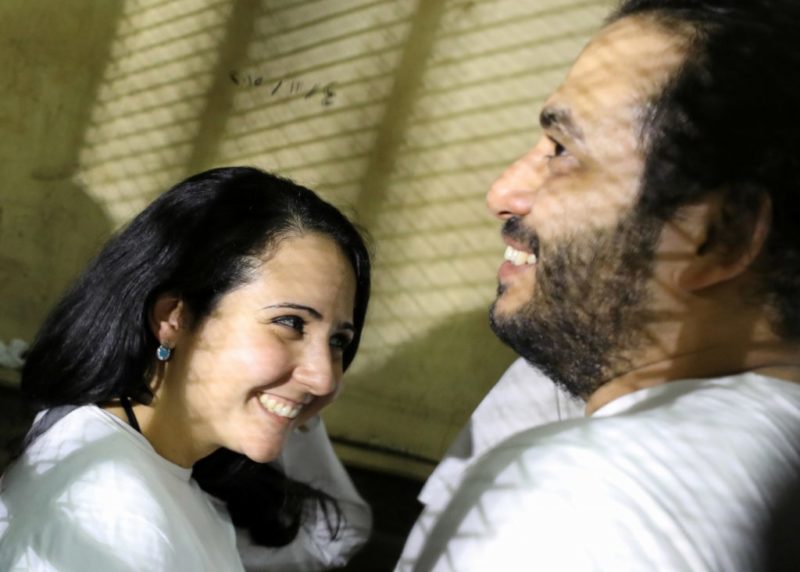 Hijazi returned to the United States on Thursday, after the Obama administration had tried unsuccessfully to free her for years. Then President Trump took office. “President Trump and his aides worked for several weeks with Egyptian President Abdel Fatah al-Sissi to secure the freedom of Aya Hijazi, 30, a U.S. citizen, as well as her husband, Mohamed Hassanein, who is Egyptian, and four other humanitarian workers,” the Washington Post reported. “Trump dispatched a U.S. government aircraft to Cairo to bring Hijazi and her family to Washington.”

So what changed? Apparently, the attitude in relationships between the United States and Egypt. Trump embraced Sissi at the White House earlier this month, praising his administration. On Sunday, the Egyptian government dropped all charges against Hijazi and the five others being held, including her husband, Mohamed Hassanein, and four other humanitarian aid workers. Trump is alleged to have personally overseen Hijazi’s release, according to an administration official who said that Trump received “assurance from the highest levels [of Sissi’s government] that whatever the verdict was, Egypt would use presidential authority to send her home”.

Trump sent Air Force Maj. Wes Spurlock to personally escort Hijazi and her family back home to the United States.

Hijazi had been working as an aid worker for the Belady Foundation in Cairo. She and her husband had also set up a rehabilitation center for children in Cairo who had been abandoned or were living in poverty. But in 2014, Hijazi, her husband, and four other aid workers were unexpectedly detained on charges of child abuse and human trafficking, despite there being no evidence against them. Hijazi and the other prisoners were reportedly abused at the hands of their captors and were denied their basic rights.

In John Hawkins’ new book ‘101 Things All Young Adults Should Know’, he teaches that it’s important to prepare in case it all goes wrong. For Hijazi and the Obama administration, it did. The problem is, Obama was utterly unprepared to handle these kinds of situations and allowed Americans to be abused in foreign prisons… all because he wasn’t prepared for what his job would entail.

It seems that already, Trump is better prepared than Obama was. Welcome home, Aya!