There’s a special election May 18 in Pennsylvania’s 12th District for a House seat formerly held by the late Jack Murtha. Republican Tim Burns[1] is in a neck-and-neck fight with Democrat Mark Critz, a Murtha aide who specializes in pork-barrel [2]earmarks. Charlie Cook recently switched this race from “toss-up” to “lean Republican.”[3] Burns has been endorsed by Sarah Palin[4] and Newt Gingrich has called him “the next Scott Brown,”[5] and Burns is featured in my latest column at The American Spectator[6]: 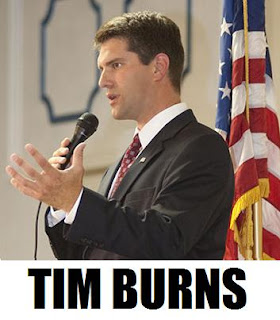 [7]Murtha’s ghost looms large over the 12th District, which sprawls in a bizarre gerrymander over a predominantly rural area stretching from the southwestern corner of the state up to Ebensburg in Cambria County, a three-hour drive away. The crab-like geographical outlines of the erstwhile dominion of Murthadom, however, are no more bizarre than the political landscape in a district where Democrats hold a 2-to-1 registration advantage — John Kerry carried the 12th in 2004 — but John McCain beat Barack Obama in 2008.
This is the part of Pennsylvania whose small-town residents Obama infamously described at a San Francisco fundraising event two years ago: “It’s not surprising then that they get bitter, they cling to guns or religion or antipathy toward people who aren’t like them or anti-immigrant sentiment or anti-trade sentiment as a way to explain their frustrations.”
Democrats seem to be banking on the “anti-trade sentiment,” a genuine phenomenon in a Rust Belt region where the unemployment rate — as high as 13.5 percent in Fayette County, and well above 10 percent in other 12th District counties — would be even higher, were it not for the fact that for decades, ambitious young people have been moving away in search of better prospects elsewhere. The DCCC attack ads portray Burns’s signature on a no-tax-increase pledge as favoring “tax breaks for companies that ship jobs overseas.”
That kind of accusation is transparently intended to appeal to surviving adherents of the arcane ideology of Murthanomics, wherein the keys to prosperity are protectionism and pork-barrel federal spending. Republicans may laugh at Murthanomics as a misguided nostalgia for the days of Smoot-Hawley, but at least a third of the audience at Wednesday night’s forum at Westmont Hilltop High applauded when Critz pledged to bring home the budget earmarks just like his late boss used to do. . . .

Please read the whole thing[8]. Here’s a TV ad in which Burns talks about the devastating impact of the cap-and-trade energy tax: